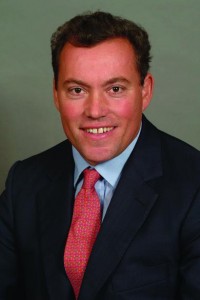 Simon Henderson, the London-based managing director of , has left the “one-stop buyouts” business following newspaper reports that the private equity, debt and mezzanine provider is to stop deal-making in Europe and shut down some of its US offices.

European Capital confirmed on Friday that Henderson, who joined from Barclays Capital in 2005, had left on May 1. A statement from the firm said that Henderson had left to “pursue time with his family”, although media reports suggest he is considering setting up his own private equity business. Henderson could not be directly contacted.

European Capital declined to comment on the reasoning behind Henderson’s decision to leave, his future, or newspaper speculation that the firm’s Nasdaq-listed parent American Capital had enforced a curb on new deal making due to the poor economic and investment climate.

“With approximately €3bn invested in more than 80 middle-market companies, our team has been very active over the last three years in order to provide global and flexible financing solutions for our own one-stop buyouts and to our investment partners all over Europe,” Wagner said.

But according to reports, Henderson’s departure was precipitated by European Capital having to pull out of a £120m (US$237m) acquisition of the .

A source told IFR Buyouts Europe that European Capital was on the verge of being given exclusivity on the deal, but Henderson was forced to walk away from the purchase when it was clear that funds would not be made available.

The source added that Henderson had been unhappy at European Capital for some time and that several other members of the London-based team might also leave. Media reports said that American Capital had prompted the process of selling off its European portfolio of seven companies and the source added that some of its consumer-facing buyouts were significantly under-performing.

Consumer buyouts for European Capital include , a €337m secondary buyout from last June, followed in July by a £144.5m refinancing; and snacks business , bought for €140m in October 2006.

Market sources said that Baird had been appointed to sell Avery Weigh-Tronix, a weighing scales manufacturer, with a price tag of £100m. The business was acquired for €126m in August 2006 and was the UK team’s first transaction.

European Capital said that the UK buyouts team would be led by former directors Giles Cheek and Alex Morey and would report to Nathalie Faure Beaulieu, who left her role as managing director of Mezzanine Management to join European Capital shortly before Henderson’s arrival.

Morey joined from Credit Suisse Private Equity and before that Arthur Andersen and PwC in July 2006. Cheek joined in 2005 from Duke Street Capital, having also begun his career at PwC.

In the first quarter of 2008, European Capital invested €142m in five companies, although that entire sum was in debt or mezzanine provision, including €47m of senior subordinated debt for 3i’s £229m purchase of UK testing and inspection business Inspicio. The firm also raised more than €520m in capital and realised €115m of investments.

Unlike most private equity firms, European Capital’s one-stop buyouts model enables the firm to provide equity, senior debt and mezzanine out of a single pool of capital. Bank of Scotland Corporate and RBS both have integrated finance units that provide a similar service.

“My departure will allow others to flourish and the firm will go from strength to strength,” Henderson said in a statement. “The one-stop buyout model is an outstanding concept and a very powerful differentiator.”

Henderson spent three years at PricewaterhouseCoopers before a 10-year stint at Barclays Capital, the debt provision arm of Barclays bank, where he was a director.