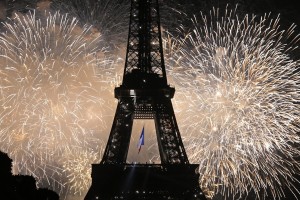 German insurance companies will find it much harder to invest to invest in private equity if proposed amendments to German investment regulations are passed, law firm KWM SJ Berwin has advised its clients.

The proposals state that private equity funds will only qualify as eligible investments if they conform to the European Union’s new AIFM directive, or if they are “similarly supervised and licensed” in another jurisdiction. In addition, eligible funds must be closed-ended and must only invest in equity-type assets.

In contrast, current eligibility criteria demand that a fund be structured as a limited partnership; that it take economic risks; that its annual accounts appear in a certain format; and that it be EEA or OECD resident.

Should the amendments pass, insurers could still buy into ineligible funds, but would incur significant disadvantages for doing so.

Examining the historic absolute return or IRR of a private equity manager gives no indication of future performance, a new study has concluded.

Instead, investors should focus on past alpha—the extent to which a manager has outperformed the stock market—argues Oliver Gottschalg from the HEC School of Management.

Gottschalg analyzed 5,600 private equity realizations from 1977 to 2014 and found that they performed, on average, 860 basis points better than comparable stock market investments. During recession, private equity alpha was more than double that average, though public equities closed the gap significantly during boom times.

Europe’s biggest venture and growth capital investor, the European Investment Fund (EIF), has an extra 560 million euros ($762 million) of available resources after its shareholders agreed to raise its subscribed capital base from 3 billion euros to €4.5 billion euros.

Last year, the EIF pumped about 600 million euros into European VC funds, with a similar amount expected to be committed in 2014.

However, the EIF’s VC allocation will not increase in step with its approved capital, as most of the new funds are earmarked for debt finance, according to Matthias Ummenhofer, head of venture capital at the EIF.

“We really needed the increase to further grow our guarantee business. Our remaining headroom did not allow for much more growth because some ratios were getting too tight,” he told VCJ.

Qatar coughs up for Russia

Russia has locked down more Middle Eastern cash for its private equity sector.

“We are pleased that we are actively working with investors from around the world, but we are also particularly focused on investors from Asia, the Middle East, as 90 percent of all our funds involve these investors,” said Kirill Dmitriev, CEO of RDIF, at a meeting to discuss the new fund.

Female representation in the upper echelons of private equity has been improving at a dismal rate, although some parts of the industry are making better progress.

On the private equity desks of institutional investors women now account for almost 22 percent of senior staff, compared with just 11 percent at private equity firms, according to research from Preqin. As a rough comparison, women account for 17 percent of board positions at NYSE-listed companies.

Globally, Europe fares worst in the equality stakes, while North American private equity has the best levels of representation.