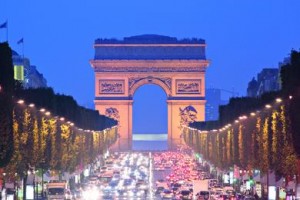 Cleantech automotive investments in Europe are being made across a range of industry applications from whole-car manufacturing projects, hybrid innovations, battery technology, components and parts for top-end sports cars to efficient city mini-cars, attracting a new wave of investors into this growing sector.

“Cleantech has attracted a lot of investors into the sector that were previously more generalist investors,” says Russ Cummings, head of investment at Imperial Innovations in London, a venture capital firm set up to commercialise early stage R&D expertise coming out of Imperial College that is active in backing cleantech automotive companies.

“Materials science and engineering projects that would not have seen the light of day with VCs five years ago are now attracting good levels of interest. And there are a growing number of active investors in this space in Europe,” says Cummings.

Although not just focused on cleantech automotive applications, the Environmental Technologies Fund (ETF) reflects a growing interest in the cleaner technologies and reduced vehicle emissions. ETF closed its first fund in early March raising £110m, in excess of the original target.

In addition to the first close investors including Swiss Re and The European Investment Fund (EIF), the ETF’s fund received commitments from Robeco, The Co-operative Insurance Society and F&C together with other leading European pension funds and financial institutions.

According to Hendrik Olsen at ETF in London, the fund will examine automotive businesses’ plans over its three-to-five year investment horizon.

VCs across Europe are reporting a marked pick-up in the number of business plans they are receiving from innovating engineers and researchers from automotive industry backgrounds, research institutions and university spin-outs.

Imperial Innovations invested £375,000 last September in EVO Electric Limited (EVO Electric), a company that is developing electrical motors and generators for use in gensets (generator sets), powertrains, and as traction motors in the rapidly growing hybrid-electric vehicle market.

The investment in EVO Electric was part of a £1.5m funding round which included investments from Consensus Business Group and a group of private individuals including US-based entrepreneurs familiar with the automotive sector. Following the investment, Imperial Innovations holds a 38% stake in the company.

“We are on the verge of going out to the market for our next round of investment of between £5m to £7m,” says EVO Electric’s CEO Peter Beynon.

“There’s an inherent affinity with the ideas and I think investors are very open to investment opportunities,” says Beynon.

There are whole-car projects in Europe that are embracing alternative sources of power such as Norway’s TH!NK city car which was launched at the 78th International Geneva Motor Show in March. The company secured US$25m in investment recently from Sundt AS, Canica AS, Centra-group and Home Invest AS in Norway and US investment company Wintergreen Advisers and the Heinz Family Trust. The company was set up, however, with industry money: Ford Motor Company invested close to US$150m, until it sold the company to Kamkorp Microelectronics for strategic reasons in 2003.

Monaco’s Venturi has moved on from the internal combustion engine and is developing a battery operated high-spec car. And in the US, Tesla Motors is currently closing a US$40m VC round for its top-end clean energy roadster.

“The Americans seem to be better at taking bigger risks and shifting large amounts of capital into new areas,” says Iyad Omari at Foursome Investments in London.

Nevertheless, whole-car projects remain rare and it is more likely that individual technologies will lead the investment opportunities for cleantech automotive in Europe.

Oxsensis, a company that develops fibre-optic instrumentation for precision controls in super harsh environments such as aero engines, power-generating gas turbines and ultimately automotive applications, raised £4.36m in a venture round last year.

Close Ventures led the £4.36m round of funding, with Foursome Investments and existing investors, including Seven Spires and Rainbow Seed Fund.

“From our perspective, the automotive sector is a tricky one in which to make an investment,” says Omari. “The sector generally has very stringent requirements so you end up in a situation where you are squeezed constantly. It’s a tough business from an early stage investment perspective.”

“Complicated things provide people with the opportunity to innovate, and there are big gains to be made,” he says.

Because of the intense cost pressures on the automotive supply chain and the very rigorous parts and components testing that is undertaken before a technology or engineering innovation is adopted by car-makers, many of the target companies are focusing the commercialisation processes primarily in other vehicle sectors and even in energy generation sectors.

“Taking a new technology into an established industry is very difficult,” says Cummings. “Your real challenge is to get into the supply chain.”

Another challenge, says Cummings, is educating investors about companies that are taking an IP or licensing route to succeed in the automotive supply chain.

EVO Electrics, for example, is applying its technology in commercial vehicles as a starting point, says Beynon. This is reflective of the approach generally where getting a technology or product adopted in a commercial setting or in high-end cars is the first step before approaching the general consumer car market.

Paris-based Benjamin Carlu, at Demeter Partners – sponsored by Caisse des Dépôts (CDC Entreprises) and the Institut Français du Pétrole and backed by insurance companies and retirement or provident funds and European pension funds – says the opportunities in this space are very broad.

He says they include car sharing technologies, both for managing rentals and also showcasing new technology cars, engine improvements and even taxi services operated by fleets of hybrid cars like Toyota’s Prius.