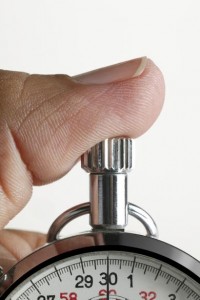 There are two major unpredictable factors that go into any private equity investment: the development of the market and the performance of management.

The development of the market is somewhat uncontrollable but if approached correctly the performance of management can be significantly improved in the first 100 days of investment. For a company that has recently been bought by a private equity firm to outperform it is key that management is able to cope not only with changes within the market it operates in but also with the added performance pressure applied by a private equity owner. Latitude, a London-based strategy consulting firm, and Lane 4, a performance development consultancy, conducted interviews with 20 investment professionals (see the list below) ranging from early stage tech houses to large LBO funds on commercial and management due diligence and the findings have been revealed exclusively to EVCJ. It is important to note that in the current market of competitive bidding and auctions management due diligence is more of a wish than a reality. Many private equity investors use psychometric tests, which are correct 50% of the time, but it is really still a coin toss in the diligence phase. Where management diligence comes into play in reality is during the first 100 days of investment. The Latitude and Lane 4 research highlights the importance for the private equity owner to be proactive and work regularly with management during this period rather than resting after the sometimes gruelling bidding process.

When looking at management performance versus business plan the average VC team is behind plan 90% to 100% of the time. And the leveraged buyout management teams don’t fare much better, as they are behind plan 80% to 90% of the time. Steve Hacking, founder of Latitude says: “This is a shocking statistic. So many managers are under-performing but are saved by a growing multiple, which is helped by investment performance, but below the headline figures the business is struggling.”

According to the Latitude/Lane 4 study the reason for over-performance of a portfolio company lies with management 33% of the time and management is the reason for underperformance 52% of the time, so bad management seems to have a worse negative effect than good management has a positive effect. It has also been revealed that when things go wrong they do so at a pace, with 50% experiencing difficulty in less than six months, 33% experiencing difficulty in six to 18 months and 17% don’t experience difficulty until past the 18-month mark. Some of the reasons for this difficulty include the need for management to perform quickly in much tighter financial situations; the fact that performance stakes are usually raised; and that management become distracted during the deal. There are several solutions for these management issues and the most basic is a strong working relationship between management and private equity investor during this crucial time. The second and most constantly effective improvement method is to make major changes to the management team. Matt Rogan, principal of Lane 4 says: “From the research, private equity investors said that on average in 30% of companies at least one senior member of management is changed within the first year. And in smaller companies an average of 70% of the time a senior member of the management team is changed within the first year.” The finance director is the most frequently changed member of the team, followed by the CEO. Hacking says: “The CEO is less susceptible because the company’s employees may have loyalty to him or her but once it is revealed that they will be leaving, the most frequent response given by employees to our panel was ‘What took you so long?’”

The Latitude/ Lane 4 research also looks at the usefulness of commercial due diligence (CDD). Criticisms of current commercial due diligence reports include lack of analysis and insight. Some of those surveyed say that they though they understand that CDD is performed in a limited amount of time that they are often given large amounts of data but little additional insight and that reports are often in reported speech without the so what.

The research shows that 44% of respondents think that CDD generates a major insight that increases the value of the target company ‘hardly ever’, 56% of respondents find that 20% to 50% of the time something valuable is added. Those insights tend to be confined to P&L, for example working capital and asset management are very rarely reviewed. CDD reviews tend to be self-fulfilling in as much as a PE firm is determined to buy a company and they ask for CDD that supports the purchase. Hacking says: “Clients will get exactly what they ask for from a consultant. Many PE managers do not ask for insight and are then disappointed that they don’t get it. Many already have their minds made up about a purchase and want to be proved right. This type of work is often undertaken by a graduate two years out of university who can be easily persuaded to slant findings in a particular way.”

Hacking thinks that CDD can be used in a much broader way to offer insights into additional revenue streams and also information about the management team, as the CDD officer spends much more time with management in the diligence phase than the end investor.