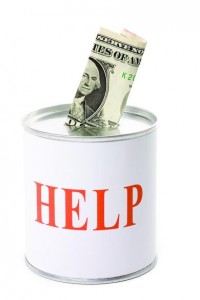 In just seven years, venture philanthropy has managed to move from the outskirts of the charity sector to a mainstay of the social enterprise market. Europe saw its first general venture philanthropy (VP) charitable fund emerge in 2002 in the shape of Impetus Trust, but it wasn’t until 2004 when the European Venture Philanthropy Association (EVPA) that the idea of using venture capital and private equity skills to social investment really took off.

At launch, the aim was to build a membership of between 25 and 30. Today that number is 120, ranging from pure VP funds to foundation to private equity firms. In the year of its fifth anniversary, EVCJ speaks to Beate Trück, the EVPA’s first ever managing director, appointed in March this year.

Venture philanthropy has come a long way in just a few years. How do you account for its popularity?

On the demand side during the last decade, a new breed of social entrepreneurs who wanted to address social issues through scaling up sustainable social enterprises has emerged. On the supply side, a growing number of new philanthropists from an entrepreneurial background were looking to bring their business acumen into their own philanthropy. For those from an investment background particularly, the venture philanthropy (VP) model struck a chord with its similarity to venture capital investment. The popularity of VP might be due to the fact that it is a model that meets the ambitions of both supply and demand.

How has European venture philanthropy been affected by the global economic downturn?

Unfortunately, a couple of our members who were very dependent on funding from a single source which suffered during the downturn had to stop or scale back their operations. However, the majority have dedicated philanthropic funds that have long term philanthropic funding and these funds have remained committed despite the economic climate.

A hallmark of venture philanthropists is their strategic outlook, and thus their ability to weather the current situation. Many charities are losing income and it remains important that VP supports those charities with ambitions for growth. Interestingly, many social enterprises see the recession as an opportunity to grow and even take market share from their commercial competitors – again, VP should respond with the capital and skills they need to seize such opportunities.

How difficult is it for social enterprises to access capital?

Like any SME, social enterprises need growth capital to invest in themselves and fund product development and expansion. Increasingly, the larger social enterprises can access expansion capital in the commercial markets, but many find that they are often viewed as too risky or their business models are not sufficiently understood by commercial lenders.

Some social enterprises carry significant social costs that purely commercial businesses do not (e.g. when employing staff with serious social problems), and such costs need to be isolated from purely business expenses and perhaps funded through special grants.

The most important contribution of venture philanthropists is to offer the blend of growth capital and business acumen to help these enterprises achieve their ambitions for development and expansion.

In the past, Doug Miller, former chairman of the EVPA, has spoken of creating a social capital market. Is such a thing any closer to reality and what is the EVPA doing to achieve it?

A capital market functions well when supply and demand are balanced. VP contributes to market diversity as an investor bringing very hands-on development capital to meet the demand from innovative, scalable, and sustainable social enterprises. The high level of due diligence carried out by VP funds is an encouragement to other funders to bring their capital into a deal through co-financing. EVPA is encouraging such initiatives by bringing different players together, although there is still a long way to go to create a well functioning market for social finance.

How is the venture capital/private equity investment model suited to investing in the non-profit and charitable sectors? What are the overlapping skills?

It is remarkable how the nuts and bolts of VC/PE investing can be so readily adapted to the needs of charities and social enterprises. From due diligence, strategic and financial planning, human resources, developing a management team, portfolio management, mentoring and technical skills around IT and accounting – all are skills in abundance in PE firms, and much needed by the portfolio organisations that VP funds invest in.

Although philanthropic venture capitalists mostly select deals like traditional venture capitalists, they also adopt different deal origination criteria, such as the direct creation of a new organisation in the event a suitable one is not found, a recent study by the IESE Business School has shown.

In addition, selection variables like “deal terms” and “technology” are not deemed as that significant, as in the case of traditional venture capital.

Is there a standard way of measuring social returns?

This remains an area very much under development. While it is easy to say that a VP investment should result in social value being created, so that a ‘social return’ is made on the investment, it is more difficult in practice to design consistent metrics.

EVPA’s working group on Performance Measurement and Impact Assessment has gathered information on impact measurement tools and held workshops where members can exchange ideas and practice.

Three Dutch member organisations – Noaber, d.o.B Foundation, Scholten & Franssen – have developed a tool called social e-valuator using the method of Social Return On Investment (SROI). SROI is a methodology used for measuring and managing the social impact of an investment. Social value is represented in monetary terms – a process called monetization. Since investment in the social enterprise is monetary (or at least can be measured in monetary terms) the social value should also have a relative value in monetary terms. The SROI tool can be used by potential partners to gain understanding of the stakeholders involved and the potential social and financial impact of their project.

How has the growth of venture philanthropy and social enterprises affected how the traditional charity sector works?

Yes, in at least two ways. So-called ‘traditional charities’ are increasingly looking for ways to increase the amount of revenue they earn through trading activities, including fee-for-service models. In this way, some charities have moved from a total reliance on grants to a mixed funding model where earned income is significant.

Also, VP is setting new challenges for organisations to measure and communicate the social value they create. VP calls for greater transparency and efficiency by organisations. This raises the bar for all organisations seeking social finance, not for just those who are subject to VP investment. VP works alongside more traditional donors to improve the impact of social purpose organisations. Our chairman, Serge Raicher, describes VP as “one of many tools in the wider philanthropic toolbox, which aims at making each donated euro go a bit further”.

What sort of contact do you have with European governments, including the EU itself?

EVPA works with so-called country chapters, which are member-led networks supported by the EVPA central office in Brussels. The aim is to encourage and actively support the development of venture philanthropy locally. In this context, relationships with governments are important, as new laws which might affect VP are discussed.

What are the EVPA’s plans for the year ahead and beyond?

We are currently preparing our next annual conference which is being held in Amsterdam on November 17th and 18th, hosted by ABN AMRO Private Banking. The conference focuses on the rise of social enterprise in Europe and will have speakers such as Rod Schwartz, CEO of Catalyst, Caroline Casey, founding CEO of Kanchi, Luciano Balbo, founding CEO of Oltre Ventures, Deirdre Mortell, co-founder of the One Foundation and many other leaders in the field. Early bird fees are applicable until 1 September on www.evpa.eu.com/amsterdam09.

We have also introduced a new instrument for our members: site visits for newcomers to VP, organised by more experienced practitioners providing them with an insight into their learning and findings. The next two site visits will be to the One Foundation in Ireland and to Impetus Trust in the UK.

Another important milestone in EVPA’s history is going to be the launch of its Knowledge Centre at the end of 2009. The EVPA Knowledge Centre will be the hub for research, knowledge and thought leadership on venture philanthropy in Europe.

On a longer term basis, EVPA intends to help increase the number of organisations and individuals using VP and thus, to double its membership within the next five years.

EVPA is a membership association made up of individuals and organisations interested in or practising venture philanthropy. The association, which was established in October 2004, has its headquarters in Brussels. EVPA currently has 120 members from 24 countries with various sectors such as venture philanthropy funds, grant making foundations, private equity firms, philanthropy advisors, business schools and law firms and professional service firms represented.

EVPA has two aims: to promote venture philanthropy throughout Europe and support members in its philanthropic activities.

Venture philanthropy is an approach to charitable giving that applies venture capital principles, such as long-term investment and hands-on support, to the social economy. Venture philanthropists work in partnership with a wide range of organisations that have a clear social objective. These organisations may be charities, social enterprises, or socially driven commercial businesses, with the precise organisational form subject to country-specific legal and cultural norms.

Beate Trück is the EVPA’s first managing director. She is a German national who has lived in Brussels for the past 10 years, and brings with her a strong track-record of working with European institutions and of managing and coordinating European networks. She also has wide experience as a volunteer in Nicaragua, Switzerland, and France, and speaks six languages. Since December 2000, she has been director of the Brussels office of the German applied research organisation, Fraunhofer-Gesellschaft, and, prior to that, she was Network Coordinator for MENON (Multimedia Education Innovation Network), Brussels.