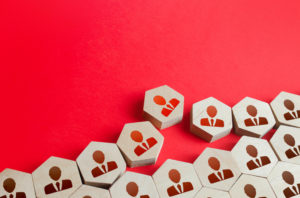 Wittlin has updated her LinkedIn profile. She is among a group of people who have left BlackRock this year across various PE strategies. Professionals have been moving around recently amid a resignation crisis that has left firms and institutions desperate to attract talent.

Wittlin joined RedBird this month as a partner, the RedBird spokesperson confirmed.

She worked at BlackRock since 2007, initially as part of the team focused on risk and quantitative analysis. She joined the private equity team in 2016 in a portfolio management role, and moved to the investor side in 2019, a source with knowledge of the firm said.

“She’s a huge talent,” said an LP who knows Wittlin.

RedBird was formed in 2014 by ex-Goldman Sachs executive Gerry Cardinale to invest in sports, telecom, media and technology, financial services and consumer. The firm is in market with its fourth fund, Buyouts reported earlier this year.

At BlackRock, Wittlin was listed as a key executive on the firm’s Private Opportunities Fund V, a co-investment vehicle targeting up to $2 billion that launched earlier this year. Her departure does not trigger a key person event in the fund, the source said.

BlackRock has seen several departures this year, including the leaders of its secondaries business, who left to focus on private equity secondaries at Apollo Global Management, Buyouts previously reported.