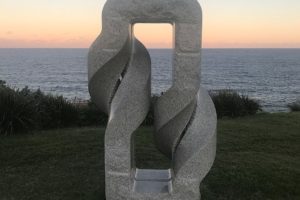 Amid the pandemic downturn, with fundraising slowed to only but the most in-demand firms, some first-timers are still working to attract capital.

One of the newbies in the market is Twist Capital, formed by ex-Blackstone and Guggenheim executive Sean Madnani, chief executive officer. Twist focuses on debt and debt-like investments in later stage technology companies, according to the firm’s Form ADV.

Twist Capital is in the market targeting $500 million for its debut, according to a Form D fundraising document from May, and a person with knowledge of the firm. The filing does not list a target. Madnani could not be reached for comment.

The firm believes the pandemic downturn presents even greater opportunity for dealmaking, according to a white paper it published in March.

“An overwhelming number of companies will be capital constrained with traditional funding sources going dark as the economy continues to show volatility and uncertainty,” the paper said.

Twist’s fundamental strategy is investing in tech companies experiencing “dislocation, dysfunction or distress,” the paper said. “In many cases, the pandemic world has created an enormous need for rapid, nimble and sophisticated funding to enable the survival and prosperity of these companies.”

Madnani worked at Guggenheim Partners for almost five years, as a senior managing director and moving into a senior adviser role until March 2020, his LinkedIn profile said. He worked at Blackstone from 2005 to 2015, where he focused on M&A advisory, his profile said. Blackstone moved Madnani to the Menlo Park office to lead M&A advisory on the West Coast and in Asia, the firm said in a statement in 2013.

Another executive who works with Madnani is chief operating officer Jeanne McMullin, who joined at inception in May 2019. Before Twist, McMullin worked in compliance at Colchester Global Investors from 2007 to January 2018, according to her LinkedIn profile.

Also, Michael Carter, a former associate at Guggenheim, is a vice president at Twist, his LinkedIn profile said.

Update: The target for Fund I was updated.