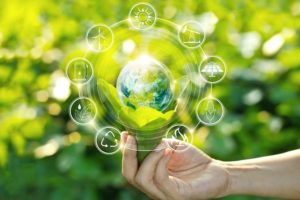 SER Capital Partners, formed by an ex-Energy Capital Partners executive with a focus on energy sustainability, collected about $250 million for a first close on its debut fund, according to a person with knowledge of the firm.

SER is part of a burgeoning community of fund managers focusing on sustainability strategies that includes some of the biggest private equity managers in the world. KKR, for one, has been growing an “energy transition” team led by former executives from Capital Dynamics.

SER hit the market last year with its debut fund, targeting $450 million, but slowed down amid the pandemic lockdown, the person said. It focused on investments to help prove out the strategy, and made four over the last year, which helped the fundraising process gain momentum, the person said.

No one from SER Capital returned a comment request Thursday. Metric Point Capital is working as placement agent on the fundraising.

Deals included an $82 million investment in Brightcore Energy, a clean energy company, closed in August; the acquisition of battery storage projects in Texas, for which it entered into a strategic arrangement with LP Chem in October 2020; and the acquisition of MicroGrid Networks in August 2020 to install battery energy storage and solar in urban areas like New York City.

EnCap Investments in April closed its debut energy transition fund on about $1.2 billion, among a handful of managers specializing in renewables including Brookfield Asset Management, Energy Capital and Riverstone Holdings.