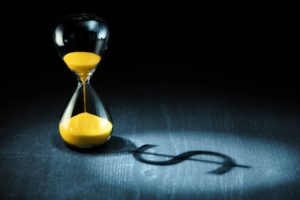 LongRange Capital Fund I, earmarked for long-term investing in the mid-market, in September secured $1.5 billion from CalPERS. The pension system disclosed the new commitment in a quarterly update.

A spokesperson for LongRange confirmed with Buyouts the $1.5 billion obtained from CalPERS, noting it completes Fund I’s capitalization. This indicates the Stamford, Connecticut, private equity firm is not seeking additional third-party capital for an offering with a higher target. LongRange declined to provide further comment.

CalPERS did not respond to a request for comment prior to publication of this story.

LongRange was founded last year by Berlin, according to its website. He previously worked for less than year as a partner with Navab, led by Alex Navab, KKR’s former head of Americas Private Equity. Navab’s death in mid-2019 caused the emerging manager to break up.

Berlin joined Navab from hedge fund Baupost Group, where he worked for a decade as a managing director, his LinkedIn profile said. He led some of Baupost’s highest-profile investments, including restaurant chain Arby’s and label supplier Bakkavor. Prior to Baupost, Berlin was for five years a managing director with J.H. Whitney Capital Partners.

Berlin has throughout his career been active in complex transactions in sectors like consumer, value-add industrials, and information-related and tech-enabled services. He brought this focus to LongRange, which specializes in carveouts, recaps-restructurings, underperforming assets and other deals emphasizing opportunities in a similar mix of industries.

LongRange will target mid-market businesses in North America and Europe, typically with revenue of $200 million-plus and enterprise values of $250 million to $5 billion. It will invest $50 million to $400 million mostly to acquire control or minority stakes in companies, with the goal of driving growth and value creation through operational improvements and strategic initiatives.

A key aspect of LongRange’s strategy – suggested in its name – is a long horizon. Unlike traditional PE firms, which generally hold investments for three to five years, LongRange plans to back businesses without reference to a fixed term as a way of optimizing value, its spokesperson told Buyouts.

Long-term fund strategies, only an idea a few years ago, are “now an asset class,” Joe Baratta, Blackstone’s global head of private equity, said in a November interview with Buyouts. Blackstone raised $8.2 billion for a second long-life offering, 70 percent more than its 2016-vintage Fund I, due to “more interest in the concept” on the part of limited partners, he said.

Managing partner Berlin is LongRange’s principal owner, according to its ADV filings, and its only known team member. The firm is expected to announce more senior personnel in the near future.