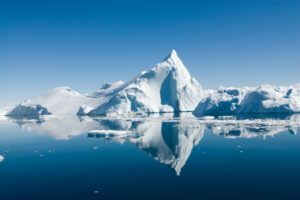 The firm is an example of an early private credit firm looking for capital in the competitive fundraising market. Private credit has had less new firm formation than on the buyout side, with new firms focusing on the lower- to mid-market.

Everberg Capital’s second fund has collected about $120 million, sources said. Fund II has a $500 million cap, one of the sources said.

Griffin Financial Group is working as placement agent on the fundraising.

Scott Siegel, managing partner, launched Everberg in 2019 after working at PineBridge Investments, where he led the private capital team’s origination work, according to his biography on Everberg’s website.

Siegel was joined in 2020 by partner David Horowitz from Pine Island Capital, where he worked as a partner.

The firm makes sponsored and non-sponsored transactions with LTM EBITDA from $10 million to $75 million and invests $10 million to $100 million per transaction, including co-investors, the firm said. Target sectors include healthcare, business services, consumer and industrials.

Everberg was seeded by Strauss Zelnick and the Belzberg family, sources said, which helped the firm get its early footing. Zelnick is the founder of Zelnick Media Capital and CEO of Take-Two Interactive Software. Zelnick also serves as an adviser to Everberg’s investment committee.

Belzberg & Co. is represented on Everberg’s investment committee by Jason van Itallie, who works on originating and structuring investments, managing portfolio assets and business development at the company.

Earlier this year, Everberg made a preferred equity investment in Two Sigma Impact’s and BayPine’s investment in Penn Foster, a workforce education platform for mid-skill workers.

Private credit fundraising has been slow, with nearly $89 billion raised globally in the first half, Private Debt Investor reported. That’s down slightly from the $93.2 billion raised during the same period last year.