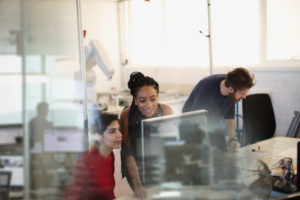 By Chris Witkowsky and Kirk Falconer

Former executives from Veritas Capital and Technology Crossover Ventures have teamed up to launch a mid-market fund to invest in technology and technology-enabled service companies.

OceanSound Partners is targeting $750 million for Fund I, a source told Buyouts. OceanSound filed a Form D fundraising document for the fund that did not include target information.

Sixpoint Partners, acquired earlier this year by PNC Bank, is working as the placement agent. The firm indicated in the filing it has not yet secured commitments.

The target is ambitious for a first-time fund, especially in a strong fundraising market where limited partners are happy to keep committing to more established managers coming back to market quickly with new funds. Emerging managers raised a total of $45.1 billion as of Oct. 30, according to Buyouts data.

No one from OceanSound responded to a comment request Wednesday.

OceanSound, founded last year, invests in U.S.-based tech companies and aims to partner with managers of complex businesses, or businesses facing an inflection point, to reposition them and drive growth.

The firm focuses on industrial, government, enterprise and communications tech sectors, including hardware, software and services.

New York-base OceanSound is led by a group of senior investment professionals with long histories in tech sectors. The partnership team consists of Joe Benavides, previously a partner with Veritas; Ted Coons, a former general partner with TCV; and Jeff Kelly, a Veritas principal before joining HIG Capital in 2016.

Prior to his 12 years at Veritas, Benavides was a managing director with Blackstone Group from 2004 to 2006, according to his LinkedIn profile. Before then, he was a vice president with Credit Suisse First Boston and Donaldson, Lufkin & Jenrette.

Coons was also a Blackstone managing director, from 2005 to 2011, before working with TCV for seven years, his profile said. He was previously a vice president with Credit Suisse First Boston’s tech group.

Prior to his eight years at Veritas, Kelly was a vice president with Goldman Sachs from 2006 to 2008, his profile said. He held the same position with Morgan Stanley from 2003 to 2006.