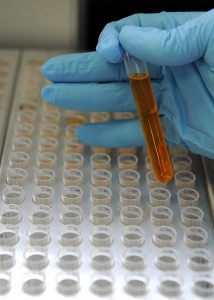 Books on the deal have been out for several weeks, with Harris Williams handling the transaction for Audax Group. It’s unclear if management presentations have taken place or where the bidding process stands. It is possible the sales process will not lead to a transaction.

Koda Distribution Group distributes products to the coatings, adhesives, sealants, construction, personal care, lubricants, agriculture and pharmaceutical industries. It is listed as a portfolio company on Audax Group’s website, but the listing does not include a purchase date.

Audax Group named Frank Bergonzi as CEO of Koda Distribution Group in 2012. He remains CEO of the company, which is based in Stamford, Conn.

Koda Distribution Group has made a string of acquisitions, including this year’s Colonial Specialty Chemicals and Unipex Solutions Canada. With the addition of UniPex, its annual adjusted sales are about $750 million, up from $602 million in 2014, the company said in an article in ICIS Chemical Business, a trade publication.

The company plans to continue making more acquisitions, Bergonzi said in the article. “Suppliers are looking more closely at their channels to market, and migrating smaller account management to specialty chemical distributors such as KDG,” he said.

In 2014, Koda Distribution Group acquired The DeWolf Companies of Warwick, R.I., for an undisclosed sum. It has also acquired Adapco, Red River Specialities and Marcor Development.

A spokesperson for Audax Group could not be reached for comment.