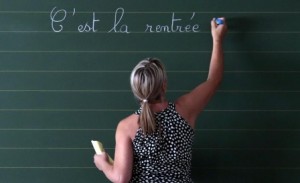 Blackboard has annual earnings before interest, tax, depreciation and amortization of around $200 million, some of the people added.

Two of the people said that Blackboard could fetch a valuation between 14 times to 17 times EBITDA, up to $3.4 billion, based on current multiples of subscription-based software companies.

The sources asked not to be identified because the sale process is confidential. Providence Equity, Blackboard, Deutsche Bank and Bank of America declined to comment.

Based in Washington D.C., Blackboard provides custom software to help students collaborate on assignments and communicate with teachers. It serves 19,000 clients in 100 countries including 1,900 international institutions, with 80 percent of the top academic institutions using its software, according to its website.

The majority of Blackboard’s business is from higher education clients but it also generates revenue from K-12 schools and from government and corporate clients. The company has also branched into “student pathway” services that help students manage financial aid, video conferencing and other areas.

A pioneer in education management software founded in 1998, Blackboard has seen its growth slow in recent years as cheaper and faster software upstarts such as Instructure Inc have tried to encroach on its turf. Since its launch in 2011, Instructure has signed up 1,200 colleges and school districts, according to its website.

Apollo Global Management LLC has held talks with investment banks about taking McGraw-Hill Education public later this year in an IPO worth more than $5 billion, Reuters reported in April.

Reporting by Liana B. Baker, Greg Roumeliotis and Mike Stone in New York.