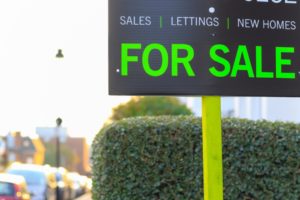 One number that stuck with me the last couple months came from Hamilton Lane’s annual market review: in 2018, the firm said, there were 286 percent more co-investment deals than in 2011. It illustrated for me just how hungry investors are to be able to choose their investments carefully and get around the high fees that characterize the traditional private equity fund.

But freeing up money and getting dealflow can be difficult, especially for LPs that have never done these sorts of investments.

I see one strategy clearly emerging: LPs entering the secondaries market to unload older holdings, then teeing up those proceeds for co-investments, rather than recycling the whole thing back into blind pools.

Los Angeles County Employees Retirement Association, which managed $59.6 billion in assets as of the end of November 2019, recently finished up a massive secondaries sale to Blackstone’s Strategic Partners. Hungry for dealflow, LACERA followed that up by broadening the number of firms with which it can co-invest.

Oregon Investment Council gave Pathway Capital Management, an existing investor in the portfolio, the authority to execute secondaries sales on behalf of the $82 billion Oregon Public Employees Retirement Fund. Pathway can then funnel some of the proceeds into a pre-existing co-investment vehicle. All told, the new co-investment revenue could add up to $1 billion.

LACERA’s sister system, Los Angeles City Employees’ Retirement System, is also making moves. TorreyCove Capital Partners, its private equity consultant, has already recommended the system shift more of its allocation to buyouts and less to venture. Since then, TorreyCove and the pension’s staff have been working to create a set of recommendations for how to execute a secondaries sale and then get into co-investments.

The most immediate advantage for all three is avoiding the rich fees that come with private equity investing. A second, more subtle, but increasingly common dynamic is increased public pressure on public pensions over their private investments. Last month in this same space I wrote about how LACERA was lobbied by labor union Unite Here over its investments in a PAI Partners fund. The easy answer to queries like this is for LPs to shrug their shoulders and say they are passive investors in a blind pool with no control over their GPs’ investment decisions.

This is true, but in the era of ESG and the United Nations’ Principles of Responsible Investment, these answers no longer seem to cut it. The LACERA story seemed to illustrate cracks developing in the opaque facade private equity has managed to keep up for so long. I wonder if LPs are also attracted to this secondaries-to-co-investments strategy because it gives that kind of a la carte control over their specific investments, without having to rely so much on the GP through a blind-pool fund.

With more control, of course, comes more risk. LPs, when trading exposure in a diversified fund for direct exposure into one investment, are accepting the risk that the deal goes bad, and in a blink they lose the whole co-investment. If one deal goes bad in a fund, there are usually a few more to make up the loss.

The way around this dilemma was supposed to be for LPs to go into the private equity business themselves, following in the footsteps of Canadian pensions like Ontario Municipal Employees’ Retirement System. California Public Employees’ Retirement System was going to lead the way by creating two $10 billion funds with themselves as the sole LP. But that route has proven difficult and complicated, and for now CalPERS seems to be stepping away in favor of…more co-investments! This after suspending that practice in 2016.

It seems like, for now, LPs see this strategy as the best way to exert the maximum level of control over where their investment money goes and how much of the returns they can put toward their members’ benefits. It will be interesting to see if any more LPs begin following suit.