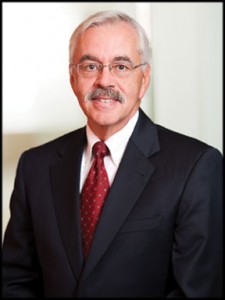 I expect significant media attention surrounding carried interest to continue through the first half of this year. First, Congress must pass a budget resolution by April 15th to avert a deferral of its own pay. This requirement was enacted as part of the year-end fiscal cliff negotiations.  Second, sometime in late spring or early summer the debt limit waiver will expire and Congress and President Barack Obama will need to pass legislation raising the debt ceiling to keep the government running.

That said, the current political dynamics do not portend any precipitous change to the taxation of carried interest. Republicans generally continue to oppose new taxes on top of the concessions they made at the year-end fiscal cliff deal. Also, Chairmen of the House and Senate tax writing committees have indicated that that they would prefer comprehensive tax reform over ad hoc tax increases.

In addition to discrete issues like carried interest, Rep. Dave Camp (D-Mich.), chairman of the House Committee on Ways and Means and Sen. Max Baucus (R-Mont.), chairman of the Senate Committee on Finance, are still on a pathway towards comprehensive tax reform. As this effort continues to roll out, expect to hear many conversations about streamlining the tax code and broadening the base to lower the rate. Such an effort could have a profound effect on private equity taxation. The two issues of particular importance are interest deductibility and partnership taxation.

Efforts are afoot to limit the ability of companies to deduct, as an ordinary business expense, the interest they pay on debt. This would negatively affect virtually every business in America. Organizations use debt to finance ordinary business activities like meeting payroll, financing inventory and making capital investments. Studies show the deleterious effect of the proposal. Ernst & Young found that limiting interest deductibility to pay for a reduction of the corporate tax rate would result in a net increase in the cost of capital for all businesses.

Additionally, the President has suggested the institution of an entity level tax on partnerships in exchange for a reduction in the corporate tax rate. The proposal extends the worst part of our tax code by imposing a double taxation that currently exists in the corporate tax code upon the rest of America’s businesses. This is exactly the wrong policy change to make if our goal is to increase American competitiveness in the global economy.

But not all legislative developments are unwelcome. This month, Rep. Robert Hurt (R-Virg.) and Rep. Jim Himes (D-Conn.) reintroduced The Small Business Capital Access and Job Preservation Act. The legislation removes private equity registration requirements with the Securities and Exchange Commission. The legislation looks to reduce new, complicated and unnecessary registration requirements. It reaffirms that private equity and growth capital pose no systemic risk to the overall economy. SEC registration is a costly side effect of Dodd-Frank with dubious value to the SEC or the U.S. economy.

Private equity and growth capital are an important part of the U.S. economy. The 2012 election thrust our industry into the spotlight, and we can expect the conversation about our industry to continue in political and policy circles. Never has it been a more important time to tell our story and talk about what private equity is, how it works and who it benefits. We look forward to having this conversation.