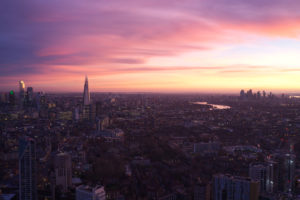 Exponent Private Equity, one of the best-known UK-focused buyout firms, has closed a preferred equity deal that will allow it to fund add-on acquisitions for its 2015-vintage fund, Buyouts has learned.

The London-headquartered mid-market firm has secured capital from preferred equity specialist 17Capital for its Exponent Private Equity Partners III, according to three sources familiar with the matter. The size of the financing is up to £125 million ($156 million; €139 million), it is understood.

Goldman Sachs advised Exponent on the transaction, according to the sources.

The deal is understood to have closed.

Fund III closed above its £800 million target on £1 billion after one year of fundraising, according to PEI data. Investors who backed the fund include Bank of New York Mellon Private Pension Fund, Institutional Investment Partners Denmark and Dutch pension manager PGGM.

The preferred equity transaction comes around 18 months after Exponent suspended plans to run a tender offer process on Fund III, advised on by PJT Park Hill, as sister publication Secondaries Investor reported. Market volatility caused by uncertainty around the UK’s future relationship with the EU was understood to have contributed to the pause on the proceedings.

The fund contains 11 assets, according to Exponent’s website. These include sightseeing tour company Big Bus Tours and city pass provider Leisure Pass Group. The vehicle has not yet made an exit, according to the firm’s website.

Preferred equity has emerged as an attractive tool among general partners for both offensive and defensive reasons amid the coronavirus pandemic. Last month, sister title Buyouts reported that New York-headquartered JLL Partners was seeking to raise up to $200 million in preferred equity to support portfolio companies in its seventh fund.

On a webinar hosted by Cebile Capital and moderated by Secondaries Investor in May, panellists noted that preferred equity financing can be executed in as little as several weeks and can be simultaneously signed and closed. Unlike continuation funds, which can take six months from launch to close, preferred equity deals typically do not require LPAC approval as they do not present a potential conflict situation.

Such deals also do not require the issuer to price equity in a deal, which can be tricky given the uncertainty around a fund’s or portfolio company’s valuations during the covid-19 crisis.

A spokesman for Exponent declined to comment. 17Capital and Goldman Sachs did not return requests for comment.

– Chris Witkowsky and Rod James contributed to this report.