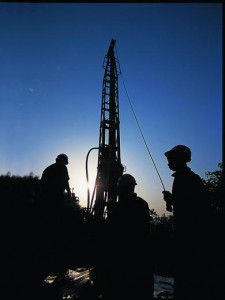 UK oil services company, , is currently in talks with the UK Takeover Panel to force US rival to clarify before June 2 its bid approach for the group.

That is the date Expro has set for its shareholders to vote on a £1.6bn cash bid that and European private equity firm jointly made about a month ago.

“The Takeover Panel is going to put increasing pressure on Halliburton to make its intentions clear,” an informed source said.

The US oil and gas services company, which is worth some US$44bn by enterprise value, is after Expro because it would beef up its sub-sea and well-flow management business.

Halliburton made its interest in Expro known to the market on April 18. Only this week, however, is it expected to make a firm offer and trump the £1.6bn bid that consortium – comprising Goldman Sachs, Candover, and private equity group – announced one day before, on April 17.

While Goldman and Candover each own 40% of the Umbrellastream ad hoc bid vehicle, Alpinvest holds a 20% stake.

Although there can be no certainty that Halliburton will make a bid this week, it is currently carrying out substantial due diligence on Expro.

Some market observers believe Halliburton will offer a cash premium of up to 12% to Umbrellastream’s £14.35 per share recommended offer, although Expro’s shares have only been trading at 6% to 7% above that during the week.

While talks between Expro and Halliburton remain friendly, it is understood that Expro – which is run by chief executive officer, Graeme Coutts, and non-executive chairman, Chris Fay – has called for the Takeover Panel to pressure Halliburton into revealing its hand.

The request, however, falls short of a “put up or shut up” Takeover ruling, which otherwise would prohibit Halliburton from making an offer for at least six months, except under certain circumstances, if it walked away now.

Rather, Expro wants the Takeover Panel to issue a clarification ruling before June 2, which is when its shareholders vote to approve a scheme of arrangement that would enable Umbrellastream to assume control of the company and take it private.

Umbrellastream would need backing from at least 75% of the votes cast by Expro’s shareholders at the June 2 extraordinary general meeting to win the day. The consortium itself already owns almost 8% of Expro’s shares.

Hedge funds have built up stakes in the company too, adding to the uncertainty about whether Umbrellastream’s proposals will be approved at the EGM. For instance Sandell Asset Management has 3.8% of Expro shares, held via contracts for difference.

Because Halliburton has not yet made an offer, it means that Expro shareholders are unable to make a fully informed decision on the benefits of Umbrellastream’s bid proposal.

Halliburton has already missed one deadline by which to submit its bid. Expro directors were able to squeeze out of their irrevocable commitments to vote in favour of the buyout proposals, if a third party announced a firm indicative bid 12.5% above 1435p a share within 10 business days of the EGM. That deadline passed last Friday, May 16.

The fact that the US Department of Justice is still investigating one of Halliburton’s former subsidiaries, (KBR), for alleged breaches of the US Foreign Corrupt Practices Act, is considered irrelevant to whether Expro recommends to its shareholders any forthcoming bid from Halliburton.

At the moment, Umbrellastream’s offer is the only fully-financed, but conditional, one on the table, and is set to take Expro private on June 27.

Meanwhile global co-ordinator and bookrunner and bookrunners Bank of Scotland, Lloyds TSB and RBS have closed syndication of the senior facilities backing ‘s acquisition of the oil services business . The deal went free to trade in the secondary market on June 16.

The successful completion of a large deal was widely welcomed across the market, though the deal was for an unusually strong credit in a defensive sector.

Abbot Group is a UK-based oilfield services company that owns and operates onshore and offshore drilling rigs and provides drilling services to third parties. It operates in Europe, the Middle East, Russia, North and West Africa, and the Caspian Region.

Sponsor First Reserve is the leading private equity firm specialising in the energy industry, with more than US$12.5bn under management.