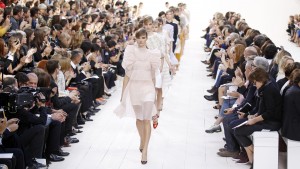 European buyout groups Permira, Bridgepoint and Capvis, as well as South Korean investment firm NXMH, are lining up final bids for this month, the sources said on Monday.

Bogner, founded in 1932 by ski jumper Willy Bogner, posted earnings before interest, tax, depreciation, and amortisation (EBITDA) of about 30 million euros ($33.6 million) in its financial year to Sept. 30 and could achieve a valuation of 250 million euros to 300 million euros, the sources said, adding that the Bogner family had been hoping for about twice that.

Potential buyers, however, have balked at declining earnings, partly due to lower spending on Bogner-branded winter jackets, salopettes and jumpers by Russian consumers because of weakness in the rouble. In its 2013 financial year Bogner’s EBITDA stood at 37 million euros.

Permira, Bridgepoint and Capvis declined to comment, while Bogner and NXMH were not immediately available for comment.