GPs have had the advantage in the frantic fundraising environment of the past few years, leading the CIO of a public pension fund to compare them, especially well-regarded managers, to Seinfeld’s “Soup Nazi.”

“That’s exactly how highly sought-after these GPs are. Almost every PE investor and LP wants access to the top managers. Because of that, GPs have essentially been able say, ‘No soup for you,’” the CIO says.

But in recent months, LP activity has slowed down to some degree, according to multiple sources throughout the industry. It’s not because the “soup” of private equity has become any less tasty. The reason is fatigue. Many LPs are worn out, according to sources.

The constant stream of new funds, combined with the strains of a complicated macroeconomic environment, have tethered what has been a runaway market.

Further, the denominator effect is forcing LP institutions to make tough choices about who gets their capital. The world today is very different than at the start of 2022. “I think the real difficulty right now is that the trends of the first quarter do not mean anything,” says Kelly DePonte, managing director of placement agency Probitas Partners.

Over the course of the first few months of 2022, the world economy has gone through several shocks: Russia’s invasion of Ukraine and the resulting impact on energy and agriculture ­prices; escalating inflation; rising interest rates; a covid shutdown in China; along with continued supply chain disruptions and a labor shortage.

“Since April, we have seen a bit of a slowdown. Fundraising has not been booming as it was before. And people are asking what all of this turmoil means for their portfolios,” DePonte says.

A major milestone will be second-quarter valuation marks, which generally begin to come out around August. Sources have told Buyouts that first-quarter marks did not reflect the turmoil the market has gone through over the past few months. The expectation is GPs will begin to tally in the market pain in the next round of valuations.

“There is a sense of fatigue in the LP base. Cash flows have been negative since 2018 as many funds are still in the investing part of the J-Curve, meaning capital outflows have exceeded the money coming back to LPs for several years now”

However, many investment officers and consultants for public pension funds have stated during presentations that while they expect private equity valuations to dip, they do not expect to see them fall off a cliff.

But it’s impossible to predict exactly what will happen in a world possibly going through systemic economic changes. “The data that is going to come in shortly may be seen as a real inflection point,” says John Haggerty, a managing principal and director of private markets at consultant Meketa.

Earlier this year, Oregon Public Employees Retirement System reported that its private equity allocation surpassed 27 percent in the first quarter of 2022, which made it the $96.7 billion fund’s largest asset class.

Oregon’s situation is an anomaly caused by the denominator effect, which has been at the top of mind for many LPs – especially as it lurks as part of a larger puzzle muddled by macroeconomic and geopolitical factors.

However, DePonte said that many LPs have shown flexibility in coping with the denominator effect. State of Wisconsin Investment Board provided an example of this agility earlier this year when it extended the range of its target allocation to private equity to avoid having to make impulsive portfolio decisions.

More significant for many LPs today is the slowing pacing of distributions. A slowing of money coming back from the portfolio makes it tougher for LP institutions to expand their private equity programs into new relationships.

The $25.25 billion Kansas Public Employees Retirement System is an example of an LP that had to correct its course because of the pacing of its distributions. The system reduced the amount it will allot to PE along with the size of individual commitments throughout at least the rest of 2022.

“That’s a reason why there is a sense of fatigue in the LP base. Cash flows have been negative since 2018 as many funds are still in the investing part of the J-Curve, meaning capital outflows have exceeded the money coming back to LPs for several years now,” says ­Logan Henderson, the founder and CEO of alternative asset digital investment platform Gridline.

Bart Molloy, a partner at placement agency Monument Group, says this has been especially true of LPs with heavy exposure to venture capital.

“We have seen huge gains in venture capital. But they’re largely paper gains, with often only a small proportion that has come back into LPs’ pockets. This year, some LPs might be considering decreasing their bite size or even dropping managers to make the math work given the number of decisions they have to make,” Molloy said.

LP fatigue comes from the relentless pace of fundraising, as well as the dearth of talent in the LP world.

Managers constantly rolling out new funds means investment teams and consultants devote more time and resources to making their selections. But the number of LPs and consultants who review and conduct due diligence when deciding on commitments has not necessarily grown. “I was speaking with a consultant who told me he needs to evaluate three times the number of funds than he needed to two years ago. How does that math work? We have seen people who have needed to work through that a bit,” Molloy says. 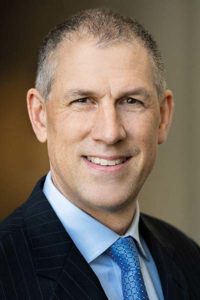 The Great Resignation has also perhaps worked its way in. This year alone, there have been several high-profile departures from large public LPs like the Alaska Permanent Fund, Employee Retirement System of Hawaii and elsewhere. “Whenever there’s a major resignation, an LP’s investment program tends to go into a pause because nobody quite knows what a new chief investment officer is going to think. Nobody can predict what they want to do going forward,” DePonte says.

DePonte also says there’s a bifurcation between the largest LPs and medium and smaller institutional investors.

The biggest LPs can afford to work with the largest GPs who demand nine-figure commitments, according to DePonte. This means medium and smaller institutional LPs have had to find opportunities elsewhere, such as by focusing on mid-market managers who have not yet grown too big for an LP’s taste.

LPs also are trying to find ways to incorporate new managers into their pacing calculations. This includes finding opportunities to find diverse managers, many of which are found within the emerging manager community. And Molloy says that there is a larger pool of capital that LPs have made available to managers who are explicitly focused on ESG considerations.

In the meantime, for LPs, soup and some sleep might just be what the doctor ordered.

Correction: An earlier version of this report included an incorrect title for Bart Molloy at Monument Group. He is a partner. The report has been updated.