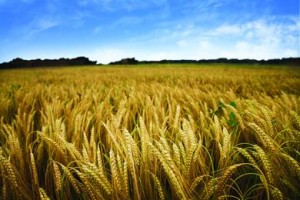 Large price increases in staple foods such as rice and wheat have combined with a surging population to cause Middle Eastern governments to look abroad for locations to produce food. Saudi Arabia’s Agriculture Minister has announced plans for a US$556m holding company to invest in overseas agriculture, abandoning a 30-year wheat-growing initiative that achieved self-sufficiency, but at too great a toll on scarce water supplies. Abu Dhabi’s Abu Dhabi Fund for Development is preparing one project to develop 28,000ha of land in Sudan, and is considering another in Senegal. Paul Christie of Emergent Asset Management’s Emergent African Land Fund (EALF) sums up the activity and its motives. “There is a growing trend of more Middle Eastern institutional investors showing strategic investment to ensure future food security.”

Saudi Arabia’s attempt at wheat self-sufficiency has proved the difficulty of trying to produce food on a large scale in an environment drier than constant talk of ‘liquidity’ suggests. The Arab world boasts little arable land – just 1% of Abu Dhabi is suitable for growing crops. As a result Gulf states import an average 60% of their food; controlling supply could cut costs by a quarter, mitigating price rises, which have hit 40% in the past year.

While Africa’s relative proximity suggests it as a Middle Eastern food source, there are a number of more critical factors that make it a good choice. Probably the most significant is land prices. South America is also attracting interest as a farm source, but the average price of land in Africa is a seventh that of Argentina. This compares to a GDP contribution of 6% for South Africa’s agriculture sector and 50% for Argentina; Africa’s latent potential at a knockdown price is clear.

A deterrent to the development of African agriculture so far has been irrigation – 4% of Africa’s cropland is irrigated, compared to 34% of Asia’s – but this should be an opportunity, not a deterrent, to investors. Jon Maguire – CEO of agricultural fund Africa Invest – relates how the residents of Dwambazi village, Malawi, had unworkable land while they waited for seasonal rain to come, despite neighbouring Lake Malawi. A lack of up-front capital made it impossible to buy the pumps, pipes and diesel required for an irrigation system.

This problem for local development efforts is thus no barrier to the investor, for whom it can be easily off-set against the cheap land price. Other factors could be an investor-concern, however. Trained labour is a scarce, and therefore also expensive, commodity, and transport infrastructure is generally poor; Uganda and Mozambique for instance have 94km and 141km of road per 1m people, compared with 12,987km in France or 20,987km in the US. Transport costs thus become a much greater percentage of overall cost; having shipped fertilizer from North America to Africa, the cost is doubled by driving it the 100km inland to farms. As a result fertilizer costs an average two to four times more in Africa than elsewhere in the world, and this with global prices more than doubling in the last three years.

One mitigant to this is to be involved from crop production stage, to ensure that only the direct impact of such costs is felt, whereas accounting for price rises from farmers supplying is more difficult. Africa Invest’s Maguire notes: “You definitely don’t want to be caught between the farmer on one hand and the supermarket on the other.” This also has the obvious benefit of minimizing the number of middlemen, a particular bane in agriculture – Malawi farm-gate prices represent 1% of the final consumer price. Adding food processing plants next to farms not only increases profit, but lowers volatility of farm-gate crop-value.

Connection to principal buyers is a boost also, and in this respect having European or Asian bases can provide access to the major markets in these regions. For low value crops – maize, potato etc. – transport becomes disproportionately expensive to sell to the distant major markets, and production of high value crops – herbs, spices etc. – is risky without guaranteed sale abroad, as there is little demand for these expensive items in Africa.

Emergent African Land Fund’s Christie identifies two ways investors can move into Africa’s agriculture sector. The first, which most are likely to follow, is to buy existing public or private companies, optimise them through providing capital and introducing technical advances, and sell them on. The second is to set up new prospects by buying land and establishing farms. “Both will make money”, Christie says, but it is the latter, long-term option that Emergent’s fund, and the Middle Eastern governments are pursuing. “They’ve been very diplomatic, and very sensitive,” Christie says of the governments in their negotiations: “it’s about building long-term relationships”.