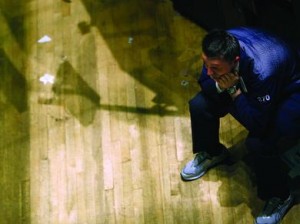 Pity the buyout fund manager on the fundraising trail today. Well, maybe pity’s a bit of a stretch, but it’s certainly a different and much harsher world out there now than it was 18 months ago; even two months ago.

Back then, despite the best efforts of certain politicians, trade unions and sections of the media, the buyouts world was the golden child of the investment community. Private equity was big business – investors were falling over themselves to get a piece of the action, pushing fund sizes to record levels, and everyone was toasting the golden age they were living through.

That’s all over now. As Tim Friedman of data expert Preqin says: “Private fundraising is set to enter its most challenging era of all time.”

According to statistics published in October by Friedman’s place of employ, the number of funds closed in Q3 this year – and this includes all private equity funds, not just buyouts – was 117, the lowest since Preqin started tracking fundraising at the start of 2005. Just over US$82bn was raised by these vehicles, almost US$100bn less than the previous quarter, and more than US$30bn less than the same time last year.

The problems arise when one looks at those funds still on the road. As of October this year, there were 65 funds on the road looking for a combined €55.11bn. Back in January, there were 55 chasing €54.97bn, and in January last year there were 48 after €30.11bn.

Looking at private equity as a whole, Preqin says there are 1,594 vehicles currently fundraising, searching for a total of €680bn, up from the 1,304 raising €516bn in January.

This is a tremendous backlog of funds that has contributed to increasing fundraising times – up from an average of 11.1 months in 2006 to 14.2 months now.

Buyout funds are facing a very competitive environment, and not just with each other. There is now a plethora of types of private equity funds vying for the attention of an investor base that hasn’t increased in size, and may even have shrunk.

Friedman says: “The very biggest firms may be able to gather commitments from previous investors, but many of the less experienced mid-sized and smaller fund that constitute a higher risk in the eyes of investors will find conditions to be extremely tough.”

With the debt markets inaccessible – one particularly pessimistic banker said he didn’t foresee any syndications being launched before the second half of next year – the mega LBO funds look to be out of favour. Even a star name such as Blackstone is struggling – the US giant might have to wait until 2010 to close on its US$15bn fund.

Mid-market funds could be beneficiaries from this aversion. Currently, Bridgepoint is raising €4bn and HgCapital £1.8bn, and both look set to come in on target. The lack of reliance on leverage in the mid-market could see money re-diverted to their cause, but even here, with Sovereign Capital reportedly finding it tough going, no-one is safe.

Richard Sachar, CEO at placement agent Almeida Capital, says: “Although a number of well-known mid-market buyout firms successfully raised their funds this year, if you ask the partners who were responsible for the fundraisings for an off-the-record opinion, you will find that many admit that things started to get very tough from the summer.

In such a competitive environment, it’s very likely that some funds will be forced to scale back their target sizes, while others may scrap their efforts completely.

John Gripton, managing director at fund-of-funds Capital Dynamics, says: “Some won’t stick it out. They may get two thirds of the way there and find they are struggling for the rest. The prudent managers will close at this point. It’s not going to break a fund if they get nine billion rather than €11bn. It will be better to look for interesting opportunities in which to invest than wasting an extra six months trying to raise an extra two billion.”

But it is not just GPs that have issues. Limited partners are facing challenges on a number of fronts. With private equity, the lack of time between fundraising cycles has caused a significant problem.

A spokesman for one major European LBO player says: “During the frantic investment of the 18 months leading up to the credit crunch last summer, people burned up money at a quicker rate than LPs anticipated, so there are more funds out there now than people had planned for.

“This means distributions have slowed drastically, so LPs have struggled to do their re-ups with those funds they have a relationship with. The lack of distributions combined with a lack of liquidity means it’s bloody hard out there at the moment.”

LPs are also suffering from the economic crisis in a broader sense. Personal pension funds in the UK have had a fifth of their value wiped out because of the crashes of the global equities market in recent weeks – largely because they, like insurance companies, have a large exposure to bank shares – and almost 1m people have stopped contributing to their pension funds to save money.

The plight of investment banks has been well documented and is sure to have a knock-on effect on private equity fundraising. Taken together, insurance companies, pension funds and banks represent 38% of funds raised in 2007, according to the EVCA, and almost 50% of funds raised between 2003 and 2007. Private equity can ill afford to see such significant backers pull back their commitment to the asset class.

The plus for buyouts is that there really isn’t anywhere else for investors to go.

Guy Eastman, European investment director at SVG Advisers, says: “I think it is more likely we will see a flight to private equity rather than the other way around; most investors are running in the opposite direction of the stock markets.

In the short-term, ie, over the next year, there is likely to be a readjustment of allocation. Pension funds invest heavily in banking stocks and this reduction in their asset base has meant many have now exceeded their target allocation.

However, as Gripton points out: “A lot of these guys have been around for a long time. They know the asset class, so they may just decide to come in on the second closing rather than the first”.

Tim Green, managing partner at GMT Communications Partners, takes a different slant, a more pessimistic one. He fears a “political backlash against all alternative investing”.

“There is a risk that private equity could be tied in with hedge funds; that there will be an element of guilt by association,” he says. “If you are a big pension fund, the contributors will be asking them why they are funding the same guys who have been contributing to the recession, regardless of whether this is the case or not.”

When the California State Teachers’ Retirement System (CalSTRS) announced that it was intending to slash the amount it invested in Blackstone’s latest fund to just US$250m – from US$1.7bn last time around – CalSTRS CEO Christopher Ailman gave little indication about why the decision had been made, other than expressing his disapproval over Blackstone’s public face, but a political angle cannot be discounted. It cannot be easy justifying to a group of teachers that their money is helping to fund Steve Schwarzman’s parties.

Many banks could also put their investing activities on hold while they get their house in order.

Sachar says: “Investment banks are disappearing from the market in droves. Large and mid-market funds planning their next fundraising campaigns are working out how to replace these investors. Sovereign wealth funds may be part of the answer but only for funds over US$2bn in size.

“Although most investors are keener to invest in smaller funds this year and next, the sovereign funds are not really set up to invest in small funds and hence will not be a viable alternative source of capital for them,” he adds.

The message is that if you are a mid to small cap private equity firm that has been around a while and you have a strong track record, you should be alright, although no guarantee. If you are a first time fund, forget it. If you are a mega buyout fund, it’ll be a struggle, but not a fruitless one.

Piers Warburton, partner at London law firm Ashurst, offers some comfort to firms such as Cinven, BC Partners and Permira that are expected to launch new funds next year. “While the timetable for some mega funds may have been pushed back, that is the result of the current reduction in deal flow rather than any perceived problem with the product, and many investors see the current turbulence as an exciting opportunity for private equity,” he says.

No-one appears to be cutting their wrists just yet. It’s going to be a bumpy road ahead for those on the fundraising trail, and there are sure to be some casualties along the way, and some may arrive at the finishing line slimmer than they were expecting, but the investment opportunities in a downturn, and the thought of all the money that can be made when the cycle picks up again, is giving most LPs cause for comfort.

As Gripton says: “Often the time when it looks best to leave is the time that you should stay.”