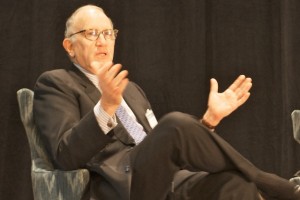 FFL sold San Diego-based TriTech after holding the public safety software specialist for less than four years. FFL said it worked with TriTech on its leadership team and product portfolio, with a focus on sales, customer support and engineering. TriTech also added-on VisionAIR Inc and 911 Inc during its time as an FFL portfolio company.

Also last month, FFL purchased Ontario-based Icynene Group, a manufacturer of foam insulation, and made a growth equity investment in Eyemart Express, an optical retailer based in Dallas.

Chris Harris, a director at FFL, said the mini deal spree came as a result of months and in some cases years of effort that happened to culminate at about the same time.

“We’re in a lumpy deal business and things hit when they hit,” Harris said.

With regard to Eyemart Express, Harris said FFL sourced the minority investment in the company outside a traditional auction process through an ongoing dialog with the company founders dating back about two years.

FFL expects Eyemart’s organic growth rate of about 13 percent to 15 percent a year to continue, with the prospect of more than doubling the size of the business in the next five years, Harris said.

As part of the deal, Eyemart founder Doug Barnes Sr remains chairman and Doug Barnes Jr remains CEO. Founded in 1990,  Eyemart is currently ranked as the seventh largest optical retailer in the United States, with more than 150 stores in 30-plus states.