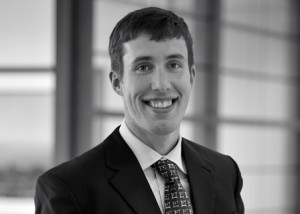 Harris declined to discuss FFL’s stake in St. Louis-based Clarkson Eyecare, but called it a growth investment with management.

Harris said he initially reached out to Clarkson Eyecare more than two years ago. The company worked toward a deal more recently to get capital to speed up growth. It’s already one of the largest optometry chains in the Midwest with 63 locations in Missouri and southern Illinois, and 19 in Ohio and Northern Kentucky.

“We’ve met with 30 companies in the optical space and we have a meaningful pipeline of deals,” Harris said. “We’d like to grow and we do expect to be quite acquisitive here.”

Harris said most of the optometric business is fragmented with few chains and lots of smaller players with only one or two locations.

He declined to talk about FFL’s fundraising efforts. The firm expects to close FFL Capital Partners IV LP above its $1.5 billion target, according to sources.