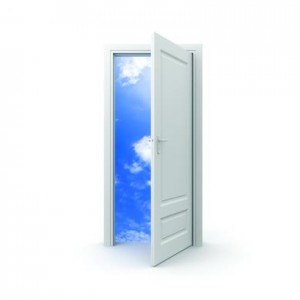 The deal established three firsts: a private equity fund being allowed to control an Italian bank; stock exchange regulator CONSOB waiving a purchaser’s obligation to make a tender offer to minority shareholders of a quoted bank in a distressed situation; and private capital bailing out a European bank.

If extraordinary times demand extraordinary actions, it also demonstrated how the regulatory climate is shifting to open the door for private equity players with the right skills, track record, networks and reputation.

For many Italian and other banks, and across the range from small to large, retail to commercial, the crisis has weakened balance sheets and capital ratios; access to wholesale money markets is tougher; and valuations have been driven down.

Consolidation has been spreading throughout Europe, including Italy, as the euro’s introduction in 2002 was followed by liberalisation and deregulation in financial services and a drive towards harmonisation of accounting and regulatory standards.

The forging of large financial groups has ended in tears for some, notably Royal Bank of Scotland in its ill-fated purchase of ABN Amro. As a consequence of that acquisition and the price of RBS being subsequently bailed out with public funds, RBS had to sell its 50% stake in Spanish motor insurer Linea Directa Aseguradora.

With governments who took stakes in troubled banks keen to recoup taxpayers’ money, and further regulatory change certain, there could yet be more fire sales of non-core or prize assets.

To meet requirements for the ABN Amro deal, Santander, the Spanish banking giant that participated alongside RBS, agreed the €9bn sale of Italian retail bank Antonveneta to Banca Monte dei Paschi di Siena, Italy’s number three bank, before the Spaniards had even formally bought it.

Reforms stemming from the EU will likely open up onshore private banking and domestic asset management, which are currently dominated by banks and insurers, to greater competition and innovation.

Some banks and insurers are shifting towards a view that they should sell more than just their own financial products, to avoid conflict of interest, to raise some cash, and to foster innovation. Non-core and duplicated assets are being put on the block.

In recent times, Banca Monte dei Paschi di Siena’s €1.15bn sale to Axa of a 50% stake in insurers MPS Vita and MPS Danni, and its sale of 66% of asset manager MPS AM to hedge fund-of-funds FRM Holdings and Italian private equity house Clessidra have proved a foretaste of things to come.

Technology infrastructure for financial markets is attractive to private equity because it is unregulated, asset light and is starting to be seen as non-core business by banks and insurers who will turn increasingly to outsourcing.

Italy’s largest bank, UniCredit Group, sold its Italian and German custody operations. SIA-SSB, the Italian provider of international transactions technology, has been seeking a buyer. Between them, UniCredit and its next largest rival, Intesa Sanpaolo, hold 57% of the e-transactions company.

Bain Capital Europe is the majority shareholder and Clessidra a minority partner in business information provider Cerved Group, most of whose constituent companies were previously owned by banks including Banca D’Italia, UniCredit and Intesa. Cerved Group was set up last year after a late 2008 deal, rumoured to be worth around €550m.

Italians are among the world’s big savers. Yet along with other parts of Southern Europe, Italy remains under-penetrated in terms of banking and insurance. Products such as mortgages and asset management are still in their infancy as regards range and sophistication.

Private equity names in the frame to engage in the shake-up in Italy include Sator itself. Brandishing a pedigree earned through its leadership’s turnaround of Capitalia bank and its record since completing the Banco Profilo deal last June, it has been telling potential investors that its fund’s core focus will be on financial services in Italy.

Clessidra has emerged as a player in the sector. It has also not escaped attention that Permira recently added an international sector team focused on opportunities in financial services to it traditional focus. It would be a surprise if Italy were not on the new team’s radar.

More generally though, as the volatility in financial markets settles down, private equity players with the relevant turnaround and management skills will be eager to participate. They will need bright, shiny reputations and credentials if they are to pass the scrutiny of regulators who have been badly scalded during the crisis.