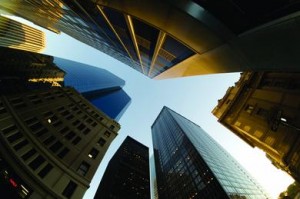 Kohlberg Kravis Roberts & Co. wins the award for the financial sponsor of the year for a large fund for its outstanding track record in European investments and its innovative fund raising through its IPO on Euronext. “KKR is delighted to have been recognised by EVCJ for this award,” KKR says in a statement.

“The firm made its first investment in Europe in 1996, and in aggregate has since invested over USD$7.0bn of equity in 22 European companies through a wide range of transactions,” KKR says.

These include the largest leveraged buyouts to date in the Netherlands and France, 10 investments in Germany, and 17 European transactions with an EV over USD$1 bn.

Last year was an important and impressive year for KKR in Europe, with a number of highlights.

“Foremost of these was the listing of KKR Private Equity Investors on Euronext, raising €4bn in a pioneering move for the private equity industry,” KKR says.

KKR Private Equity Investors (KKR PEI) was admitted to listing on Eurolist by Euronext Amsterdam in May 2006 and was the largest IPO on Euronext since the beginning of that year in terms of capital raised.

Investor demand for KKR PEI was strong and several days before the flotation KKR PEI increased the number of common units from 60m to 200m. Based on the opening price of €19.64, the market capitalisation of the vehicle reached the equivalent of US$5bn (€4bn), a giant leap up from its expected USD$1.5bn.

“Over the course of the year, together with our partners, we announced a number of landmark transactions across the continent. These included the acquisition of majority stakes in the German broadcaster ProSiebenSat.1 for €3.1bn and the Dutch semiconductors business NXP from Philips,” says a KKR spokesperson.

Upon completion of the share purchase agreement, Lavena Holding 4 GmbH acquired approximately 88% of the voting common shares and approximately 13% of the non-voting preference shares in ProSiebenSat.1 Media AG, controlling approximately 50.5% of the registered share capital.

In late September 2006, Royal Philips Electronics announced it had completed its sale of a majority stake in its semiconductors business to a private equity consortium consisting of KKR, Silver Lake Partners, Bain Capital, Apax Partners and AlpInvest Partners NV.

Under the terms of the agreement, which was announced on August 3, 2006, Philips sold an 80.1% stake in its semiconductors business and estimated that after subsequent payment of taxes it would receive approximately €6.4bn in cash. This transaction put the enterprise value of the entire stand-alone semiconductors company – now known as NXP – at approximately €8.3bn.

“In another significant German transaction, we also acquired Kion Group from Linde for €4.0bn, and we acquired controlling stakes in the French flooring products distributor Tarkett and France Telecom’s yellow pages business Pages Jaunes. During 2006 we also closed our €12.8bn acquisition of VNU and the €12.4bn TDC buyout,” according to KKR’s spokesman.

Early in 2006, Henry R. Kravis, co-founding member of KKR gave an industry speech. In it he said: “Today, if you talk to a KKR professional for any length of time, you will likely hear the firm’s mantra:To be successful, the real work in a private equity transaction begins on the first day of owning a company. Buying a company is easy. Just pay enough and you will own a company. The hard part is making changes in the way a company operates so as to increase shareholder value.”

“We at KKR are very strong believers in looking out for all stakeholders, which include employees, customers, suppliers, shareholders, and the community,” Kravis said.

“With competition for European buyouts stronger than ever, we look forward to continuing our success into 2007 with further carefully selected investments, delivering first class returns to all our stakeholders,” says KKR’s spokesman.