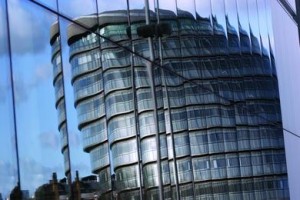 HgCapital’s ongoing mid-market buyout focus in the Benelux countries, Germany and the UK resulted in seven realisations and five new investments in 2006. Together with the successful raising of two new funds, its track record has won the company the financial sponsor of the year award for a mid-sized fund.

“During 2006, HgCapital delivered compelling results providing further proof of the success of investment model which is based on sector specialisation with dedicated, pro-active support to our portfolio companies and the application of significant human resource to each phase of the investment process,” says Craig Donaldson, a partner and head of client services at HG Capital in London.

The £950 million buyout fund was closed in March last year following an initial target of £750 million, and a first closing of £850 million in January.

The fund was raised to provide broad coverage of the European middle market through dedicated sector teams and offices in Amsterdam, Frankfurt and London. HgCapital’s strategy focuses on companies with an enterprise value of between £50 million and £350 million.

HgCapital announced in late December the closing of its Renewable Power Partners Fund at €300 million, making the fund the largest dedicated European renewable power fund raised to date. When fully invested, this HgCapital vehicle will support over €1.3 billion in renewable power projects and generate enough power to light more than 500,000 homes.

During the course of last year, HgCapital made five new investments with a combined enterprise value of £950 million. It completed a total of seven realisations at an overall multiple of 3.2x and an IRR of 41 per cent.

One of its headline realisations was the sale of Castlebeck to Castle Holdings Limited, a Jersey-registered company associated with Barchester Healthcare group in July 2006 for £255 million, representing a total return of 8.6x to investors.

The sale of Castlebeck was HgCapital’s fifth healthcare transaction in less than 18 months totalling over £1 billion and further strengthened HgCapital’s position as one of the leading investment teams in the healthcare sector.

HgCapital acquired Castlebeck for £50 million in July 2002 in a secondary buyout from 3i, recognising the potential of this type of residential patient care. Following the recruitment of a new senior management team led by David Cole, an ambitious investment programme was undertaken which included investing over £30 million in new hospital facilities across the UK and the commission of nearly 100 additional beds which meet the very best care standards.

Also, a number of operational improvements were put in place, including the investment in a team of 15 psychiatrists and psychologists, further strengthening standards of clinical care.

Commenting on the deal, Lindsay Dibden, head of healthcare at HgCapital says: “It reflects what can be achieved from combining a sector-dedicated approach to investment with a management team focused on successfully building a high quality business.”

The sale of Castlebeck was hot on the heels of the £322 million acquisition of Paragon Healthcare, a provider of speciality community-based residential care for people with learning disabilities and the sale of PBR to PRA International for £58 million. In addition, ClinPhone, another HgCapital investment in the healthcare sector, completed its successful IPO on the London Stock Exchange at a value of £94 million.

On the acquisition side, HgCapital, completed its public-to-private acquisition in May of Visma ASA, the Norwegian accountancy software group, for £382 million.

Visma is a Norwegian-based accountancy software business servicing over 200,000 customers, primarily in the SME sector. Headquartered in Oslo, it has 85 offices throughout Norway, Sweden, Finland and Denmark. The company has three main business segments: accounting software, accounting services & e-procurement and working capital management.

In November, HgCapital announced the completion of the public-to-private acquisition of SHL Group plc.

Based in Thames Ditton, UK, SHL provides world leading psychometric objective assessment testing products for people in the workplace, operating from more than 20 countries. Objective assessment is increasingly accepted as a proven and fair way to recruit and retain talent in an extremely competitive market place. SHL has produced consistent market growth of 9 per cent a year over the last five years.