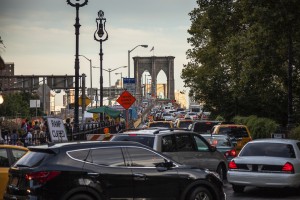 Loan markets for buyouts have generally snapped back in the past couple of months, but LBOs of more than $5 billion will be rare because of challenges in the bridge-loan market, Apollo Global Management’s Josh Harris said recently.

Harris, co-founder and senior managing director, said the financing market had shut down during the first quarter, but getting financing is now much easier.

“The financing markets are back — they’re back in all their glory,” Harris said May 5 on Apollo’s quarterly conference call with Wall Street analysts.

“Things were relatively shut down for a few months, and now … all of the deals are getting done ahead of our expectations from when we [announced] them.”

The high-yield market has been much more robust in recent weeks, with strong demand even for riskier debt such as CCC-rated notes, he said.

But he said he wasn’t sure how long this would last because of a battle between muted fundamental economic data in the market versus aggressive monetary policies.

“The good times are rolling again, at least for this month, but you can’t really predict what will happen,” Harris said. “You have to be on your toes to navigate what’s a very challenging environment.”

Asked if Apollo had any more large buyouts in mind, such as its $7 billion deal for security specialist ADT, Harris said such megadeals remain an “aberration” because bridge financing of more than $3 billion on the deal is tough to get.

Harris figured the ceiling for a buyout nowadays is about $5 billion.

“Unless things change, it gets a little hard to do deals above that, unless it’s a special situation and you bring lots of equity to the table,” he said.

“You will still see the odd large deal. But if you think in terms of $5 billion being where the capacity to absorb bridge facilities taps out, that gives you a sense of how big the deals can be.”