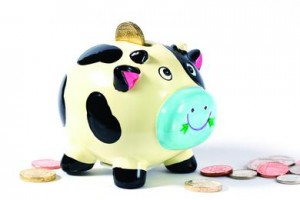 Agriculture is ploughing a lonely furrow in the current economic environment as one of the few areas to have actually increased in investor appeal. Farming, forestry and fishing were the only non-governmental sectors to have grown during Q1 2009 according to the UK Office of National Statistics. In the US, ethanol subsidies have pushed up rental rates for both cropped and non-cropped land.

The non-cyclical nature of farming and the high land rental rates are making agriculture a more and more attractive investment for private equity funds. It is not only the farming yields that are appealing – farms also provide feedstock for biogas plants. Both land and crop values are up but knobbly potatoes not fit for the supermarket can now be turned into fuel to run the farm and power the grid. Many companies will pay a premium for green energy to meet corporate social responsibility requirements, making a farm an all-round cash cow.

Marc Duschenes, CEO of Braemar Group, which runs a UK agricultural land fund, says: “While farming may not be an entirely recession-proof industry, it is certainly demonstrating the characteristics of a defensive and counter cyclical asset, evidenced by performance during the recession thus far.”

Braemar isn’t the only investment group running this type of fund. Origo Sino-India is raising a US$300m agriculture fund with a bias for Australia. Rabobank has also raised a US$100m food and agriculture fund for India. Rabobank, the sponsor of the fund, invested US$25m and the International Finance Corporation, the PE arm of the World Bank, Dutch entrepreneurial development bank FMO, and DEG, part of the German KfW banking group, invested US$20m each. This fund is backed by development banks and may seem to have a social agenda but the fund’s manager and chairman of Rabobank Equity Advisors, Rajesh Srivasta, believes the sector can make PE style returns. He said: “We will be content with 20% IRR to start with. But this sector needs a lot of patience.”

Farmland is a coveted asset the world over at the moment as the demand for biofuels continues to increase. High quality farmland in the breadbasket of the US in states such as Indiana, Illinois and Iowa has climbed in price from US$4,200 per acre to more than US$5,200 per acre. The Hancock Agricultural Investment Group, which advises institutional investors, has seen many more inquiries in the last six months from hedge funds and private equity funds.

Corn prices have increased on the back of demand for ethanol, which has fertilized the food-versus-fuel debate, but the amount of wasted food in farming industry in both the US and Europe is immense. This farm waste can now be turned into green electricity, which can then be turned into profit. No wonder PE players are so interested in the sector.

Crooked carrots, ugly potatoes and twisted turnips can all be used as biogas for electricity plants to run the farm and then be sold on to corporations that will pay a pretty penny for green fuel. Biogas production involves the anaerobic digestion of organic materials such as green crops, animal manures and other waste, to produce methane. The methane is used to fire combined heat and power generation units, which can be sited on farms and other commercial sites from where heat and electricity can be sold to the National Grid.

Tim Evans of Renewable Zukunft, a biogas company run by six farmers that do joint ventures with farmers to build plants and finance the projects, sees a huge opportunity in the UK. He says: “Germany has 5,000 biogas plants; in terms of electricity production they are equivalent to one nuclear power station. The UK currently has 7 biogas plants.”

Renewable Zukunft has planning permission for 11 sites in the UK and is currently seeking approval for 20 more. Evans adds: “The planning permission is not as complicated as you would think.” Evan’s planning and the foresight of farmers like him is benefiting one company no end.

Smartest Energy is the leading purchaser of independent energy and is wholly owned by Marubeni Corp of Japan. Smartest Energy sells green energy to large corporations. Some of Smartest Energy’s largest customers are British Sugar and Rolls Royce. Jo Butlin, the head of retail for the group, says: “We are unique in the market – linking the purchasing of renewable energy with supply. We want to help independent producers build financial viability and grow and stimulate demand. We work with the corporate market and municipalities that have a CSR agenda and are actively seeking renewable energy.”

An investment in agriculture seems to be smart from all angles. Crop prices are up, farm land rental and resell rates are at high levels and to waste-to-energy feedstock increases the efficiency of farming.