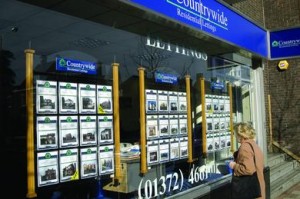 The US buyouts giant offered shareholders of listed UK estate agent 55% of the stub equity in its attempts to fend off a rival bid, reportedly from 3i. The offer of such a large stake in the £1bn deal is a sign of things to come as private equity firms are forced to deal with increasingly resilient public shareholders.

The stumbling block for Apollo has been the presence of hedge fund , which was unwilling to sell its stake in the company. The private equity firm had offered shareholders 45% of Countrywide – valued at £137m – alongside cash and shares in the Rightmove property website at 617p a share. Apollo has now raised its stub equity offering to 55% – worth £152m – and offered shareholders 530p in cash and 0.16487 Rightmove shares per Countrywide share. Polygon, which has been increasing its stake in Countrywide since made its failed approach in January and now holds 29.9% of the business, has approved Apollo’s revised terms and agreed to reject the rival bid.

Stub equity has recently become a big talking point in US private equity circles. As April drew to a close, and revealed they were buying , a Washington DC-based car radio specialist, for around US$8bn. In order to encourage the existing shareholders of the NYSE-listed company to approve the deal, the consortium has offered them up to 27% of equity in the new business.

Such offerings in UK public-to-private deals have long been discussed but rarely used. Stub equity comes in two flavours: private and partial private. Private is the more traditional route – and is the one KKR and GS are following on Harman. A high profile example took place last year in the UK when Holmes Place – the fitness chain owned by Bridgepoint and Permira– retained a minority equity stake in the enlarged Virgin Active group when it acquired Holmes Place’s UK clubs.

The alternative, partial private structure, was created five to six years ago by Spencer Summerfield, the head of corporate finance at legal house Travers Smith, along with financial advisor Kinmont, in order to allow shareholders of public companies to acquire a stub stake. Under this system, the acquisition vehicle is listed and the shareholders are offered a stake in that.

It was an idea that was mooted as a possibility in several deals, most notably Philip Green’s thwarted attempt to take control of UK retailer Marks & Spencer, but has to date been used sparingly. It was seen for the first time in the Canary Wharf deal in 2004 by the Morgan Stanley Real Estate-led consortium. It provided an alternative to shareholders who did not want to take cash and preferred to remain exposed to the business and share any potential up side. Despite talk at the time of the structure heralding a new way of completing public-to-private transactions, it wasn’t until 2006 that it was used again, this time by Grupo Ferrovial in its £10bn takeover of UK airport owner BAA.

So while it is not unique to private equity, it is in this industry that stub equity looks likely to take off due to the increased resistance from public shareholders to private bids. The UK has already seen a raft of partial private stub equity offers – aside from Countrywide, there has been ’s attempt to buy UK department store chain House of Fraser, Apax’s failed takeover of ITV, and ’s aborted effort to take control of supermarket giant Sainsbury’s. was also rumoured to be preparing a similar structure for its Alliance Boots acquisition.

As can been seen, success has been limited, but similar offers will become more common in take-private deals in the months and years to come as the mega-firms continue to fish in the public pond. Already the US is alight with talk about stub equity following the Harman deal. Thomas H Lee Partners and Bain Capital have offered a stub to shareholders of Clear Channel, the largest radio broadcaster in the US.

“It’s interesting to see some of the technology that used to belong to mid-market players now coming back to the fore – although of course many of those mid-market players have since become big players,” says Louis Elson, co-founder and managing partner of UK firm . Traditional stub equity, involving private vehicles, is an old instrument of the mid-market, and it can be a very successful one. Elson continues: “When we go and meet with company management and entrepreneurs of businesses we are looking to acquire, we often encourage them to take a stub, because in the past we have had managers who have made more money from the stub than they have from original sale.”

Faced with difficult shareholders, private equity firms looking to acquire public companies are using this approach to get deals done. “It’s a very efficient way of neutralising the lack of alignment in these deals especially when the public market is so skittish about private equity deals,” says Elson.

Creating such a partial private structure, in theory, aligns the interests of the public shareholders with the new private owners and allows public investors access to the benefits of private equity. Elson says: “It’s the best of both worlds. Existing shareholders can cash out and pick up any gains they made, or they can take some cash and have a carry in the business going forward, or if they want to stay in they can take a piece of the stub.”

Critics have questioned exactly how much of the up-side the public shareholders will actually share in – the argument going that the stake is too small for any single stakeholder to really enjoy any growth the company experiences. The limitations placed on some institutional investors in trading in illiquid stocks on junior markets will restrict their access, and even those they can invest may not be interested in the longevity of a private investment.

The problem with these arguments is that they overlook the current state of the investor community. David Silver, managing director at , says: “If you look at the big deals, how often do you have traditional funds left in there before the deal closes? The shareholder base has changed by the time a deal is announced and completed, and hedge funds have displaced the traditional fund managers anyway.”

Indeed, the rise in stub equity could just present another way for hedge funds to access private equity deals. Already the larger buyouts houses will often contact a hedge fund and ask it to take a stake in a deal they are backing, and the hedge fund is more than happy to sit behind a big player on a deal, safe in the knowledge that the private equity firm will have done a high level of due diligence.

The offering of stub equity in the UK is governed by Rule 16 of the Takeover Code. Victoria Kershaw, a lawyer at , says: “A bidder can’t offer special deals to some target shareholders and not to others. It has to treat all shareholders equally and offer them the same choice of consideration. Bidders choose to offer shares in a company listed on AIM because there are less onerous listing requirements and continuing obligations than the Official List. In many cases, bidders expect only a few shareholders to elect for the stub equity, with most choosing to cash out.”

Not all shareholders are so easy to railroad though, as Polygon has proved. Back in 2003 there were two high-profile cases of minority shareholder resistance, which saw the take-privates of Fitness First and delayed. In the deal was forced to become a minority stakeholder because it was unable to achieve the 90% interest in the company it needed to force the remaining investors to sell thanks to an intransient shareholder in Deutsche Asset Management, who eventually decided to stay on board in the delisted vehicle despite having restrictions on its ability to invest in unlisted stocks.

These two deals were precursors of the situation the larger private equity firms now find themselves in when it comes to buying listed companies, where investors fear companies are being sold on the cheap. Because of the problems of reaching that 90% level, stub equity can provide a solution. “People are looking for ways to secure public-to-private deals get closed, and any mechanism that can open the door is sensible in these large buyout deals,” says Silver.

Selling listed stub equity positions won’t be easy because of their illiquid nature, but many hedge funds are comfortable with such a lack of liquidity, and they will be the most likely buyers when public shareholders look to cash out post-takeover, although in the days where private equity firms are buying and selling companies well under their traditional three to seven years holding period, public investors may not be in such a rush to sell. And the potential for liquidity is demonstrated by Songbird – the name of the consortium that acquired Canary Wharf – which is trading around the 350p per share mark, over three times its IPO price.

Private equity direct secondaries investors could be potential buyers of stub equity stakes, but Silver reckons the sponsors may not welcome such a development: “The private equity owners will want to keep a tight rein on who its partners are and will no doubt have the ability the say yea or nay on any change of ownership of the stub equity.”

The major downside for private equity is that the company acquired remains in the public domain, subject to the same reporting requirement as any other listed company on the junior market. These deals are also highly complex and won’t be appropriate in all cases – it will depend on who the shareholders are and will only be used when it has to.

The use of stubs in take-private transactions won’t be high, it is unlikely there will be a flood of deals using such structures, but it will become an increasingly used tool. “It’s a natural evolution of the market,” says Silver. “I think you will see it happen more and more because it will enable public-to-private deals to be completed and could possibly help with the funding gap because the cost of acquiring a company will be less, as a bidder will not need to offer cash to everyone and so it will save a bit of money upfront.”

The development of stub equity represents the maturing of the private equity industry. It has become less cottage and more institutional. Elson says: “People are smart enough now, and comfortable enough and have the skill set to actually implement sophisticated sale strategies. The development is a sign of the pendulum-like nature of the public markets, and stub equity is a reiteration of that pendulum. Just as the public markets were beginning to resist private equity approaches, private equity comes up with a new and sophisticated type of purchasing. It’s very natural and the hallmark of a maturing and institutionalising industry.