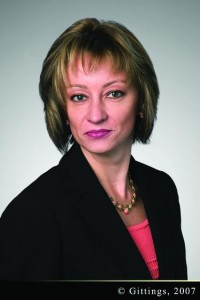 Deulina is one of the firm’s 71 investment professionals whose expertise covers all of the sub-sectors of the global energy industry.

The recently promoted Deulina joined First Reserve in 2007. Her responsibilities include deal origination and structuring, due diligence, execution and monitoring, with a particular focus on the reserve sectors of the energy industry. Prior to First Reserve, Deulina was a vice-president at Goldman Sachs and previously a vice-president at Merrill Lynch.

In the past, she also held positions with the World Bank Moscow Resident Mission and the All-Russian Foreign Trade Academy in Moscow.

Chairman and CEO of First Reserve, William E. Macaulay said: “She has served an important role in the advancement of our global reserves portfolio that includes recent investments such as Midstates Petroleum, an exploration and production company with an emphasis on tight sand oilfields, operating primarily in central Louisiana, United States, and KrisEnergy, an oil and gas company aimed at building a portfolio of exploration, development and production assets in Asia Pacific.”