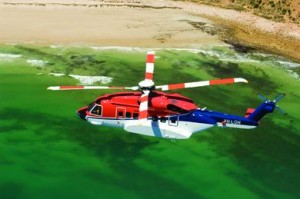 , the US private equity firm specialising in the oil industry, is to pay €2.5bn for UK based in what is believed to be the largest ever take-private in the oilfield services industry.

Although CHC has regional headquarters in Aberdeen, Scotland, Stavanger, Norway and Vancouver, Canada, 60% of its revenues come from its European operations, predominately providing helicopter services to oil rigs based in the North Sea off Scotland.

First Reserve opened an office in London just over a year ago and the CHC deal is the second proposed take-private transaction the buyout firm has made involving UK based companies in the last two months. In December, it agreed to buy London-listed oil rig owner Abbott for £906m (€1.2bn).

The deal values CHC’s equity at €1bn and First Reserve will also take on the company’s debt.

has underwritten the £672m debt package supporting the buyout. The deal will have a traditional European buyout structure and will be led from London, with syndication targeted at European bank investors, including relationship lenders.

Morgan Stanley’s underwriting of the deal is predicated on the belief that the bank investor market remains sufficiently large to absorb the debt and that banks will prefer to buy a new deal in the primary market than hunt for value in secondary trading.

There is also a perception among arrangers that many bank investors are likely to come under pressure to book revenues if they are to have any chance of meeting budgets, with the proviso being the imperative to make investors comfortable with a credit.

The business has strong existing relationships and benefits from highly stable, contracted cashflows. Competition in the business is limited thanks to the high barriers to entry and a global shortage of heavy helicopters.

S&P last week placed CHC’s BB– ratings on review following the announcement of the buyout. The agency expects that CHC’s rated senior subordinated notes will be redeemed as part of the purchase. The review will be concluded when the deal closes and S&P reviews the resulting capital structure.

First Reserve managing director Mark McComiskey said: “The European and global leader in oil and gas and search and rescue helicopter services, with the world’s largest independent helicopter support business, CHC has a worldwide footprint, the best safety record in the industry and a dynamic management team executing an exciting growth strategy.”

First Reserve’s £906m cash buyout of oilfield services company was at the time the largest private equity buyout in the drilling services industry and the first and largest European oil field services take-private.

The group’s predominant focus is on providing drilling services and rig operations to major oil companies in its key strategic areas of Europe, North and West Africa, the Middle East, the Caspian area and Russia. It is the largest offshore-platform drilling contractor in the North Sea, an international owner and operator of mobile offshore drilling units and one of the largest international land-drilling contractors outside the Americas.

Abbot also claims to be a leader in the field of drilling rig design and construction and a manufacturer of land-drilling rigs and related components.

However more than £1bn of debt backing that deal was arranged by Goldman Sachs but has yet to be syndicated.