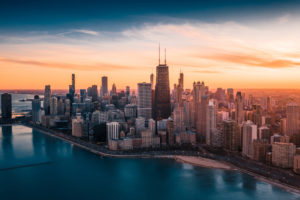 Certain first-time funds have been able to navigate the treacherous fundraising market of the post-pandemic economy and attract capital from limited partners.

It’s no easy task, even in normal times. Now, with LPs wary of forming new relationships, especially because they can’t meet face to face, first-timers are at a distinct disadvantage to grab a share of LP capital.

However, certain factors have helped first-time managers, the most significant of which is having an existing network of LPs. Even better, first-timers able to point to a strong track record of investment, including and maybe especially from deal-by-deal investing, will be in a strong position to raise a pool of capital.

This was the case with Growth Catalyst Partners, a firm formed in 2016 by Jim TenBroek and Scott Peters. Peters was formerly co-president of Jordan, Edmiston Group and CEO of JEGI Capital. TenBroek previously worked as a senior executive at Wind Point Partners, which he left in 2016.

Growth Catalyst closed its debut fund, which launched in February 2019, recently on $130 million. The firm has been investing while raising the fund, which is around 50 percent deployed at this point, TenBroek said in an interview.

The firm also includes an advisory board chaired by Russ Carson, one of the founders of Welsh, Carson, Anderson & Stowe, TenBroek said.

Growth Catalyst raised about $90 million of the fund during the pandemic lockdown, meeting with investors remotely. The firm did not use a placement agent, but made contacts with LPs before the lock down through events like industry conferences, including PEI’s PartnerConnect events, according to Peters.

“Zoom is actually pretty effective. The hours we used to spend on airplanes, trains and cars, we are unfortunately sitting in front of the computer all day, but spending more time with executives, companies and LPs,” Peters said.

Growth Catalyst makes control investments in sectors including marketing and information and technology-enabled services across any high-growth vertical market. The firm generally looks for companies with $3 million to $7 million of Ebitda, Peters said.

“Our goal is to buy and build, so we target companies that are double-digit growers,” he said. “We typically want to take it from that starting point and grow that to $10 million, $20 million or $30 million of Ebitda.”

The firm made two platform investments pre-fund, Opus Agency and Beachfront Media, and five in the fund, Trendline Interactive, CyberRisk Alliance and TrueFire Studios. The firm has made 25 add-ons to the platforms. The firm expects to close a sixth platform investment soon, along with several add-ons.