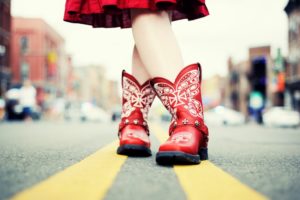 One theme that has become more important as private equity firms try to stand out from the competition, and the economy teeters, is the need for operational expertise in deals.

Operational expertise has long been a catch phrase in private equity, and it falls to LPs to determine which firms actually put resources behind their pledge to improve and enhance operations.

As interest rates rise, with the potential for debt to become more expensive, operational talent and the ability to achieve revenue goals through improvements in operations becomes much more in focus.

With that in mind, a few newer firms have been touting their operational chops as they try to attract capital from limited partners. One firm in particular stands out for this strategy. Rubicon Founders, formed in 2021 by Adam Boehler, has been raising its debut fund targeting around $300 million, an LP source told Buyouts.

It’s not clear if Fund I has closed. The firm managed about $321 million as of January 12 across several vehicles, including its main commingled pool, Rubicon Founders Opportunity Fund I, according to the firm’s Form ADV. Fund I had a gross asset value of about $249.5 million, according to the Form ADV.

The fund charges a 2 percent management fee and a 20 percent carried interest rate, according to the document.

Rubicon Founders, based in Nashville, started life with preexisting relationships with Welsh Carson Anderson & Stowe and Oak HC/FT, according to a statement announcing the launch of the firm last year. The firm states its mission as one of building businesses that create “enduring value by impacting people in a measurable way.”

The firm seeks two types of investment opportunities in healthcare services: it launches and develops companies from the group up, and it acquires existing companies. Its partners Oak HC/FT and Welsh Carson have agreed to commit capital towards seed and Series A rounds for up to four “ground up” opportunities, the Form ADV said.

The firm demonstrated its partnership structure last year when it invested in home healthcare provider US Medical Management alongside WCAS-backed Valtruis, Oak HC/FT, and HLM Venture Partners. Centene, which agreed to sell the majority stake in the unit, agreed to retain a minority stake in the company.

The firm also launched Evergreen Nephrology in August of 2021, which partners with nephrologists in local markets to expand care for people suffering from kidney disease. It also announced its first joint venture with Balboa Nephrology Medical Group.

“Over 37 million Americans have kidney disease, and it is the ninth-leading cause of death in the United States. This is unacceptable and is why we created Evergreen—to transform kidney care by partnering with physicians to put them at the helm of value-based care,” Boehler said in a statement at the time.

Most recently, from October 2019 to January 2021, he served as CEO of the US International Development Finance Corp., and for a year prior he worked as deputy administrator CMS and director of Innovation Center (CMMI) with the Centers for Medicare and Medicaid Services, according to his profile.

Earlier in his career, he worked at Battery Ventures, his profile said.