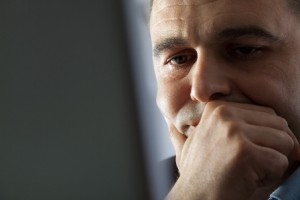 A group of 10 BDCs reviewed by Fitch traded, on average, at an 8.1 percent discount to net asset value (NAV) as of March 11, Fitch noted. The group ranged from a 28.5 percent discount to NAV for American Capital Ltd to a 15.2 percent premium for TPG Specialty Lending Ltd.

“Fitch believes that BDCs trading at or above NAV are better positioned to capitalize on investment opportunities, while BDCs with constrained equity access for an extended period may experience damage to their franchises and funding profiles, particularly if they are unable to support struggling investments with follow-on capital,” the ratings agency said.

In terms of short-term ratings outlooks, Ares Capital Corp was rated stable, down from its earlier rating of positive. The new rating reflects the “challenging market backdrop and its expected impact on the firm’s larger-than-average exposure to fee income,” Fitch analysts Meghan Neenan and Johann Juan said in a March 13 note.

Apollo Investment Corp drew a near-term outlook of negative, compared to its earlier rating of stable, due to the BDC’s “higher-than-average leverage levels combined with a higher-risk portfolio … given outside portfolio exposure to oil and gas, aviation finance and more highly-levered structure investments,” Fitch said. Separately, Apollo floated $350 million in unsecured public debt issuance in February. “Fitch views the firm’s access to the public unsecured markets favorably and believes Apollo will continue to look for opportunities to access the market for debt funding,” the ratings service said.

Solar Capital Ltd also drew a near-term downgrade to negative from stable, due to expectations for increased equity exposure and growing investment concentration through its holding in finance company Crystal Financial LLC, which it initially purchased in 2013, according to Fitch.

Spokespeople for Solar, Apollo and Ares were unavailable or declined to comment.