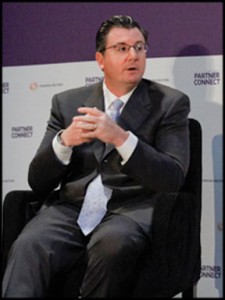 Hamilton Lane manages has advised investors such as the California State Public Employees Retirement System, the Florida State Board of Administration and the New York State Common Retirement Fund on their private equity programs. It advises or manages on $146 billion in private equity assets. He sat down to talk with Buyouts editor David Toll at the PartnerConnect conference.

I understand you believe that many LPs are making classic portfolio mistakes when it comes to managing their private equity programs. What exactly are they doing wrong?

A lot of LPs don’t actually build a portfolio, they fund-select. Private equity is unlike almost every other asset class in that investors don’t think about portfolio construction very much. They either like this fund manager, or don’t like this fund manager, and if they like them, they’ll invest with them; if they don’t, they’ll pass. Our asset class has long convinced itself that it’s too different or too illiquid to think about portfolio construction. And our view is: That’s not true.

When you look inside portfolios, a lot of LPs don’t vintage-diversify very well, and they are significantly over-diversified—that’s the other classic mistake. But LPs are finally coming around today and realizing that a portfolio made up of 100 GPs is expensive, hugely time consuming and just way overly diversified.

What is your market outlook, and what does this say about where investors should put their private equity dollars?

For the last two years, we’ve told our clients that the economy would likely surprise on the upside. That’s still where we are. We’re still seeing GDP growth across the globe. It’s not high, it’s not strong, but it is growth. And that will continue. There’s still a lot of liquidity out there, and when people are complaining that there’s no money, I think they’re really complaining that they are not getting any money…I think the money absolutely exists and that it’s growing.

As to where to put your money, I don’t see anything that’s a screaming buy. We’ve put more money into energy and health care than in the past, but nothing looks cheap to us and nothing looks easy. The funds we’ve been backing over the last couple of years have consistently been smaller funds. From a pure size-of-fund basis, we’re going smaller down the food-chain.

What are the most overheated areas of private equity?

But since every institutional investor seems to want emerging markets exposure, what are you advising them to do?

Well, let’s look at China as a proxy for where most emerging markets money is flowing. I could show you dozens of firms that are on fund three or fund four and have been in business for less than five years. Maybe they’ve sold one business in their entire life. So, if you look at the speed at which LPs are throwing money at these markets, GPs have done exactly what you’d expect: They’re saying, ‘thank you very much,’ and have been absorbing all this money. And when firms grow exponentially in a very short time period, in our minds, that’s a recipe for disaster. It’s certainly not a set-up for a nice, sustainable long term performance story.

Now that we’re in an era of huge separate-accounts commitments, is there a risk that GPs are creating two classes of investors and that second-class investors are not going to be happy?

We are clearly in a world where being big gets you something, and what it’s getting you is better access and better terms. I don’t think that’s very different from what you see in other asset classes where it has always been more expensive to be a small retail investor than it has been to be a very large institutional investor. I’m not sure why we would think that the private equity world would be any different. All investors are not the same. What you get in return for scale is just very different between a $2 million family office commitment and a $500 million commitment from a sovereign wealth fund.