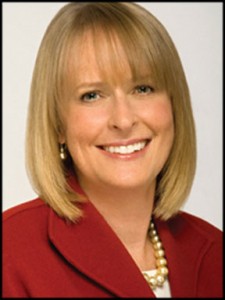 1. Last year, you were appointed chief investment officer of the Rhode Island Employees’ Retirement System, which oversees $7.6 billion. There are very few women CIOs at U.S. public pensions, but in the past two years women have been appointed CIO at New York State Common Retirement Fund, Connecticut Retirement Plans and Trust Funds and Maryland State Retirement and Pension System. Is there a budding trend?

I think the world is evolving. Women are learning, as Facebook COO Sheryl Sandberg has suggested, to lean in and step-up a little more than they had historically. If you look at private endowments, there have been more women, including Harvard Management Company’s Jane Mendillo. So, I think things are getting better, but I think we still need to lean in.

2. The Rhode Island pension fund you manage is about 40 percent underfunded, which is a daunting position to be in. Do you feel pressure to perform?

It’s a big challenge. The underfunding happened before I got here, but it’s enormously comforting that the pension went from a path that was completely unsustainable to one that was sustainable. We did this by building a plan that reasonably shares some of the pain between all of the stakeholders. And then, if the markets get better, we all share some of the gains.

We are still in a situation of more cash going out every year than coming in. So, we have to generate cash flow of about five to six percent a year just to cover the payments that exceed the contributions we bring in each year.

3. Do you invest more aggressively to try and close Rhode Island’s liability gap?

We’re sort of stuck between a rock and a hard place. Because we are so underfunded, I can’t afford to lose money. I need to make a lot of return with little risk. So, we try to really be thoughtful about where we take risks. Ideally, what I want to do is to create a portfolio that has a bunch of different things, all of which have a decent shot of returning more than our 7.5 percent, our policy return target. We want to build something that’s robust, where different things are going to work at different times, and the combination is going to generate a return more than 7.5 percent.

4. What do you think about the fee structure for alternative investments?

Everybody in this industry makes a lot of money. I think a lot about what I get for the fees that I’m paying. It’s much easier for us to share when we’re well past our 7.5 percent policy target return. So, I want to incentivize people to work really hard, but I don’t want them to make a lot of money just off management fees.

5. What do you wish general partners better understood about you?

The most helpful thing to me is for general partners to really articulate how they’re different from everybody else. At a lot of presentations, if I rip off the front page that said your fund name, every page after that is kind of the same. So, to the extent possible, if you can help me understand quickly what really makes you different from everybody else, that would be the most helpful thing you can do.

Edited for clarity by Gregory Roth