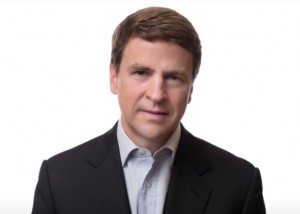 1. What are some recent examples of your acquisitions and investments in Europe?

We focus on investing to support companies that have current or future global ambition. In slow-growth economies, we push beyond just asset selection to pursue performance improvements. Over the course of the past year we have invested in six deals in six different countries: Denmark, Norway, France, UK, Germany and Spain. Some of those six include Nets, a Denmark-based secure payment provider, Ewos Group, one of the world’s largest suppliers of feed and nutrition for farmed fish, Maisons du Monde, which operates 227 stores in France, Italy, Spain, Belgium and Luxemburg, and Atento, which we acquired in 2012 as a carve-out of a business process outsourcing business from Telefonica. We’re often looking for dislocation, changes within sectors, or changes within companies to create opportunity.

2. What kind of purchase price multiples have you been seeing in Europe in 2014? More than 10x EBITDA?

Today buyouts are being done on average at 10x EBITDA vs. an average of 9.7x EBITDA in 2007. Valuations have gotten very high due to low interest rates as investors are looking for yield. The high-yield market is hot. We are doing deals, on average, at one- to two-turns lower than that because we are taking on more complex carve outs. For example, we purchased Atento for half that average multiple.

3. Are you focused more on Northern Europe where the economy is stronger?

We’re willing to and we’re positioned to make investments all throughout Europe and around the world. We have a team here in Europe that has come from 16 different countries. It’s a very local team, speaking local languages. Most importantly, we focus on a combination of growth prospects and value. People want to invest in the growth in Northern Europe, but you often have to pay very high values. We’re willing to operate in almost any country. In all markets, we carefully evaluate the price we are willing to pay relative to growth prospects for the business. Business and financial services have been very active one for us. Industrials continues to be a very interesting space.

4. Europe’s recovery has stumbled. Any thoughts on what 2015 may look like?

Overall, we expect continued slow economic growth. The UK has an opportunity to outperform Europe as the country has taken its medicine and has an independent currency. However, some of the demographics are negative: an aging population, low birth rates and less immigration. Private equity investing is about patience and taking a long-term view.

Outside North America, we have 70 professionals in Europe and another 70 in Asia. Our focus is on European-based companies with current or future global growth. They may or may not have operations in Europe or Asia but they may have the desire to sell into those markets. We’re not buyers of assets that are just looking to ride the economy. It’s about how we can pick companies that will generate performance improvement that’s reasonably independent of economic growth. That can be by backing a company that’s a market leader or it could be in a sector that’s growing faster than the economy. And it can be, and often is, a company that offers operating performance improvements, maybe where they have a higher relative market share but they’re not performing up to their potential. More than three-quarters of our investment staff have operations backgrounds. We’re trying to bring that to bear to improve performance, so we’ll be less beholden to the overall GDP of a given market.