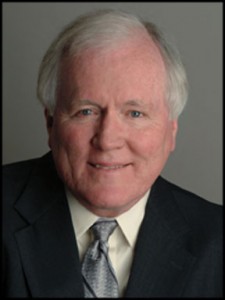 You were tapped to lead AIG at the height of the financial crisis. What was the result?

It was extraordinarily complex. When you’re in Washington at that level and in those very difficult circumstances, it’s really hard to make sense of the place. People ask me whether I’d do it again, and just to show you how nutty I am, I would. And I’d like to think other people would do the same thing if they had the skill set to help the country. At its height, AIG had $180 billion invested in it by the federal government, and I believe that number is down to about $32 billion and heading south. So, AIG continues to follow the plan we developed, and as asset values and prices recover, I think most or all of that money will be fully repaid with interest and dividends. I’d like to think it will go down as a success story, and it was very interesting to be a part of it.

Did the U.S. government get its role in the financial crisis right?

For the most part, they did. I hoped that what would have come out of the financial crisis was a series of enhanced powers that the government could use when there really is a financial crisis. I don’t know that there ever had been anything quite like that liquidity crisis in our modern financial history. Liquidity is a killer. If it dries up, it triggers a whole parade of horribles. I think they did okay with what they had. I give Hank Paulson a lot of credit. He and Ben Bernanke pretty much got it right. The early version of TARP worked. It stabilized what was a pretty bad situation, and the U.S. now is a few yards ahead of Europe because we took our pain early on and didn’t run from it. So on balance the U.S. government did a pretty good job.

Is the private equity industry getting a fair shake now that it’s the center of attention with Mitt Romney is running for president?

I don’t think so. If there are 100 investments made by private equity, certainly all 100 of them are not stellar. It’s a risk-based asset class, and you risk capital and you take a chance, and sometimes things don’t work out. But the preponderance of success stories far outweighs the couple of negative stories. In the media, you’ll always find what you’re looking for, and if you want to find examples of failures you can always find those. But I think if you’re more objective and ask, ‘What is this business all about?’ I’d say that despite being beaten up right now, it’s a very useful function. And, on balance, it’s been very, very successful.

What value do you bring to Clayton, Dubilier & Rice?

Selecting the right value-added initiatives is very important. When we acquire a company, the company often needs to be much more focused. It could be that it’s trying to be all things to all people, but that’s a recipe for disaster. When you do everything, you do nothing. So, I am very good at focusing on value-added activities, things that bring home the bacon and give us the returns that we want. When I look back at my 40-year career, some of the mistakes that I’ve made have been not making a change or moving quickly enough. Speed is vital, and in private equity, you can move with much greater speed and urgency than you can in public companies. I also concentrate on values. You need to do the right thing at the right time in the right way. There can be no substitute for that and no compromises. If you get people who share that philosophy, and who have courage and good judgment, the outcome is generally very, very good.

Tell me about a CD&R portfolio company that is hitting on all cylinders?

I would say Hertz, which we carved out from Ford several years ago. We put in a terrific young CEO [Mark Frissora] and he and that management team have really done a heck of a job, and not in the best economic environment. The revenue growth has been absolutely astounding. The earnings growth has been astounding. And the positioning in the marketplace is really second to none. Our ownership is now down to about 20 percent or so. But that investment embodies everything that CD&R is good at, from the ability to find an opportunity and carve it out of an existing company where it’s almost an orphan division, bring in management, re-strategize the company, and then execute, execute, execute. If you look at the performance of Hertz, it’s been a real success story, and it’s a classic embodiment of what CD&R is about.

Edited for Clarity by Gregory Roth