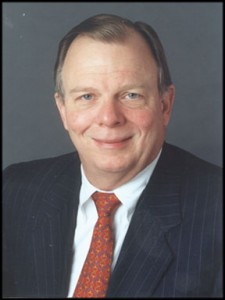 1. You have a separate account business at Siguler Guff. Separate accounts seem to be getting a lot of attention from LPs.  How and when do they make sense?

We do separate accounts when somebody wants to do something that we have an expertise in that is different from what we’re doing in a core fund. In the distressed space, for example, it sometimes makes a lot of sense to do something that is structured in a way that is better than a “2 and 20” ten-year fund. A lot of good investment ideas may not be big enough for a traditional fund in its own right. So as part of a separate account, we’ll work with investors to deploy capital for opportunistic investments at that moment in time.  To do that, you have to have a structure that allows us to match the size and duration of the opportunity. And most LPs are not large enough and don’t have the internal expertise to do that on their own.

2.  Siguler Guff has offices in all four BRIC nations: Brazil, Russia, India and China. But in three of those nations—Brazil, India and China—public equity markets have lately gone down sharply. Does your outlook for private equity in these markets mirror the public markets?

The public markets and private equity markets are extraordinarily different and disconnected. Public stock indexes in these countries are heavily weighted toward large banks, energy companies, telecoms and utilities. They have very little exposure to areas like health care, consumer goods, retailing, and the food and beverage sector, all of which are the sweet spot industries for the growing middle class. So the stuff you most want to be invested in is much more easily accessed through private equity rather than the public markets.

3.  How do you view the current outlook for fundraising?

Things are slower. I think the LP world is somewhat frustrated and angry that returns over the last few years have not been good, although lately with more distributions, they may be getting better. There are two things LPs grapple with now. One, he looks at his existing portfolio, which more than likely is not doing well on balance, and two, he’s inundated with ever more intense marketing, and the only people who can market to him are the firms that have won the game of survival bias. So the job of fundraising is not a lot of fun right now.

4.  What is your view of the economy with respect to the political climate?

I’m less worried about private equity and capital markets than I am of the current situation in Washington. It’s extraordinarily frightening. There is just no way to close the deficit. Herb Stein had the greatest line. He said, “Something that is unsustainable is unsustainable.” And what we’re doing is unsustainable. How it manifests itself is uncertain. Europe will probably learn its lesson first. As a firm, we learned our lesson in Russia in 1998. We had companies that were doing fine, but the government was doing awful, and we kept saying that the government would find a way to fix things. But they didn’t fix it, and then we woke up one day and the ruble was devalued by 75 percent and Russia stopped paying its government debt.

5.  So, then, what do you make of opportunities in Russia now, 14 years later?

First of all, I don’t think Russia will ever default again. I think the country gets a bad rap. We are much more critical of the lack of democratic institutions in Russia than we are of China, yet Russia’s institutions are more democratic than China’s are. Russia has a great sense of pride and nationalism. Natural resources are its patrimony, so for government to have a continuous involvement in natural resources makes sense. But we don’t have the currency issue with Russia that we do with China. Russia’s energy business is dollarized, the ruble floats, and you can put money in and take money out as you like. There is also a 13 percent flat tax on employees. So there are good opportunities in Russia.