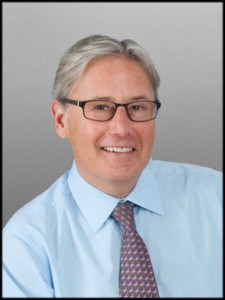 1.     Wellspring Capital Management has been around since 1995 and you’re now on Fund V, which closed in 2011. How would you describe your firm and its strategy?

We are an old fashioned, disciplined value firm that focuses on buying ‘right,’ which generally means buying less-than-stellar assets. They require work, and we roll up our sleeves and do the work. We pitch ourselves as a low risk, medium return private equity firm, which means that we hit doubles and triples and the occasional home run, but we don’t swing for the fences. Instead, we buy companies in old-economy industries that we understand and don’t over-leverage them. Our returns speak for themselves. We’ve had very good and consistent returns over a long period of time. And, we have some of the most blue-chip public pensions and endowments in our fund. That’s our story—consistency and value.

2.     Two of the firms you have invested in have been well-known restaurants, Checkers and Dave & Buster’s. What do you like about the sector?

For the most part, we’re agnostic about the industries we invest in. We didn’t wake up one day and decide we wanted to be in the restaurant business. We just found unique opportunities with Checkers and Dave and Buster’s. In both cases, we were able to revitalize the brands, bring in some new key hires, jump-start growth and improve margins.

Dave & Buster’s was a public company when we bought it, and it had been managed for a long time by Dave and Buster, the two founders. The company had fallen into a lot of bad habits. When we took it over, we first analyzed the company and asked its customers what they wanted, which, believe it or not, had never been done before. Second, after bringing in some analytics, we were able to improve the menu from a quality, choice and economic standpoint, and optimize income from the arcade games. The games are the big driver of profits at the company. We also streamlined management, improved purchasing—basically just Restaurant 101. The same is true at Checkers. We brought in an A-plus management team and they’ve done a great job in repositioning the brand and re-energizing the menu.

We’re in the process of recapping it right now. And then we expect to sell it in a couple of years.

4.     Your firm is known to use leverage sparingly. Given that interest rates are so low, doesn’t it make sense to use more leverage when you can add it on so cheaply?

I wouldn’t say we use leverage sparingly, but we do use it prudently. When lenders require a 35 percent equity contribution, there’s a limit to how much debt you can put on a company. And there’s a fine line between prudent leverage and too much leverage, so one has to be careful. That said, we’ve completed a number of dividend recaps in the last few years, so we’re not unmindful of the fact that debt is plentiful and cheap these days.

5.     How do you take a company to the next level when partnering with its existing management? Does this arrangement lead to potential conflict?

If the sellers stay in, they are looking for us to bring something to the table other than money, and that usually involves strategic thinking and probably some better management. So, these entrepreneurs generally go in with their eyes wide open. Most of the guys who stay with the business are looking for a good partner, and I think that’s what we are. In that respect, we’re all on the same page.