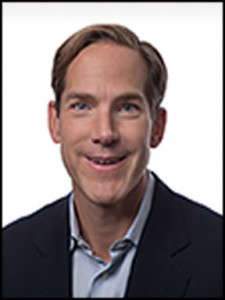 Some of the valuations out there are as high as we’ve ever seen in the TMT space, particularly for software deals because everybody’s woken up to the fact that software deals have generally worked out well for backers. For the most part, the companies trading for 15x EBITDA are world-class businesses like iParadigms and Kronos (both not Bain Capital investments), which should continue to succeed even if interest rates rise and multiples fall.The one area where you could see a problem is if software multiples re-rate. Think back to 2009 when media multiples re-rated. People went from believing their companies were worth 12x or 13x EBITDA and then the crash happened and these companies traded for lower multiples after people realized they were in fact recession-sensitive.

2. Any exciting deal prospects out there in terms of types of companies you’re looking at? There seems to be a lot of interest around software as a service (SAAS), which is a broad category. You recently paid $230 million for a majority stake in Viewpoint Construction Software—where does that fit in?

The first quarter of 2014 was the busiest quarter for private equity deals in the TMT sector in quite some time, in part because there was carryover from 2013, which was the busiest year since 2007 in terms of volume. As a result, today the pipeline of new deals has been relatively cleaned out. With public valuations also being so high, we are selectively working on some new potential investments and spending more time on prospecting and filling the funnel

With pure SAAS businesses, you’re paying for very little earnings and typically a multiple of revenue. Those deals are harder for us to wrap our head around. We get more excited when the SAAS opportunity is part of a traditional license sales business that’s trying to make the transition to software as a service. Both BMC Software and Viewpoint Construction Software are those types of businesses, as they’ve historically been an on-premise enterprise license/maintenance sales model and are now building up the software as a service component of their business.

3. Where does Bain Capital stand on the growth equity approach of taking a minority stake in a company? Do you like these deals?

We have a long history of growth equity investments, sometimes as minority shareholders. For example, Viewpoint Construction Software looks more like a growth equity deal, because it’s a business that’s been growing by 25 to 30 percent, and we think it could grow more. We also invested in SquareTrade (in 2012), which provides insurance for consumer products like cell phones. Another example, Genpact, an India-based business, which was started as General Electric Co’s outsourcing arm, and then they started to selling to third parties. (Genpact is now a public company). We worked with the founder to buy out Oak Hill Capital Partners’s stake in 2012, and now we’re minority investors in a large public enterprise. We’re on the board, and we have a very aligned point of view with the CEO (NV “Tiger” Tyagarajan). Growth equity investing is certainly part of our repertoire. However, we generally feel we need to have some governance rights, alignment with the board on their mission and some ability to control our destiny when we exit.

4. Any update on BMC Software? Valued at nearly $7 billion, it was one of the largest deals in the buyout world last year. In April, BMC set plans to pay a $750 million dividend to sponsors, including Bain Capital and Golden Gate Capital in the form of PIK toggle notes. Any comment on that?

The management team has done a tremendous job with transforming the business. They’ve added some team leaders, built up their sales force and are investing in new products. They’ve grown cash flow tremendously. BMC had a great fourth quarter (quarter ended 3/31/14), which enabled us to pay the shareholders a dividend (that) returned about 60 percent of our original investment.

5. With fewer deals above $5 billion nowadays in the buyout industry, will Bain Capital focus more on the lower mid-market?

We raised Bain Capital Fund XI at the beginning of this year with $7.3 billion, and we’ve invested a billion of that so far. In terms of dollars invested, the investments have been, for the most part, smaller—in the $200 million to $400 million range. That said, we’re always looking at larger deals as well. With the scalability of our investment model, we can effectively compete for great investments across all market strata.