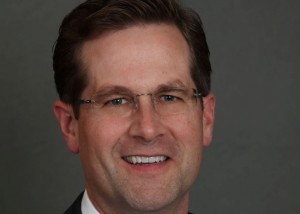 Why does Audax do so many deals? Your firm is at or near the top of the list of U.S. middle-market sponsors in terms of its number of acquisitions.

We’ve seen a pattern over and over again: Funds do well in the lower middle market and then force themselves into increasingly larger transactions. The vision behind Audax from day one is we’re going to be really good at building strategic assets out of small pieces. The lenders, CEOs of portfolio firms, consultants — we’ll learn every aspect of the market. And we’ll do it over and over again. The average deal we do now for a platform is low teens of EBITDA. It’s been very tight in that range. We’ve done 80 platform investments and about 340 add-on acquisitions. Our approach is to build strategic assets out of small pieces.

Your focus didn’t change after you raised $1.25 billion for Fund IV, which was about $250 million more than its predecessor?

Is it possible to avoid high acquisition prices nowadays?

We’re seeing some interesting things out there. Granted, prices are high. But smaller healthcare, medical device, and niche industrial manufacturing sectors have been good areas. We’re seeing some neat opportunities. The common theme: Is there an opportunity to execute a buy and build strategy to bulk up these companies? We’re looking at industrial distribution by starting out with a regional niche player and building it out to be a national player.

To cite scientist Linus Pauling, the best way to have a great idea is to have a lot of ideas. That’s pretty core to the Audax strategy. We want to try to see every deal that’s a buy-and-build strategy that’s in one of the areas that we like. If you’re trying to find a $50 million EBITDA business you have to find time to spend in money centers like New York and San Francisco. But with smaller deals, you have to scour the whole country. Literally thousands of people have shown us deals that we’ve spent time on and it has to be that way in the lower middle market.

Did Audax do anything in the financial crisis that helped it survive?

We did a ton of add-on acquisitions. We didn’t do platform deals during 2009. We did dozens of add-on acquisitions. It was a fantastic time for deals, but the best companies weren’t for sale. We had to figure out what we could do. We went into the downturn with 30 companies and helped them get through a difficult operating time. If there were acquisitions, they were small tuck-in deals. That paid off for us.