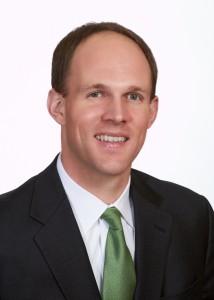 1 — Prices are high, but LPs are still committing massive amounts of capital into private equity. How is Aberdeen handling its commitments in the current price environment?

The last five years when the public markets enjoyed a tremendous bull market, private equity kept pace. I think you’re going to continue to see LPs funnel their distributions back into private equity and justifiably so.

It is, however, an environment in which GPs as well as LPs need to be careful … This expansionary period pretty long in the tooth, so it’s probably not long until there’s some sort of recessionary period. It’s a difficult dynamic.

2 — As you said, several GPs returned to market soon after closing their previous funds. Is there any concern that by saying no to this re-up for raising too much too fast, you may be left out of a subsequent fundraise?

I think that’s a fair point. If a GP is doing really well and if they’re in the driver’s seat, if you will, they will have an opportunity to pick and choose their LPs. If you are passing, you have to be willing to let that relationship go. Or at least, you have to operate under the assumption that could happen.

We have groups that we’ve let go and we continue to have wonderful relationships with them and active dialogues with them. There’s no hard feelings.

3 — What types of managers or funds do you target in that kind of environment?

A lot of managers have done very well in the last few years; the markets have been relatively favorable for private equity investors. So, the question we’re asking is: Are these groups who are built to withstand a downcycle? And in our view, not all of them are.

We as LPs have a wonderful lens we can look through now because of the Great Recession. Now that we’re six years or so removed from that, we have a lot of data points on managers in terms of how they produced through a cycle and in more recent times as well.

4 — To what extent do you attempt to time the market in your commitment pacing?

[We] aren’t going to be overly tactical at trying to time this market. Remember, on the fund commitment side, it’s very, very hard to time a cycle. If we make a commitment today, by the time the GP invests over the next five years, takes another five years [to harvest] on top of that, the cycle could’ve turned 180 degrees.

5 — Are you taking the same approach on the co-invest side?
We’re trying to be cautious around too much exposure to cyclical industries. We are in a little bit of an industrial recession today, so we’re being pretty careful. Specifically in our co-investment program, where you can be a little more tactical, we’re being cautious about not buying into cyclical businesses where maybe you’re paying a pretty high valuation on what could be an elevated level of earnings.