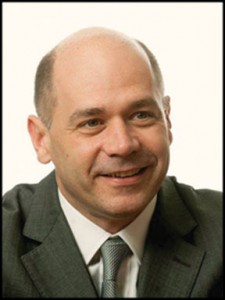 1.     You were hired a year ago to spearhead 3i’s expansion in Brazil.  Do you plan mainly to invest from 3i’s global funds, or does the firm plan a dedicated Brazilian fund?

Since 3i is a publicly listed company (in the U.K.), and because we have permanent capital, our current strategy is to use the balance sheet to make our initial Brazilian investments. Although we don’t comment on fundraising, our strategy has moved to where we now have dedicated regional funds, so that is a possibility, yes.

2.     Is most of your time going to be spent doing deals and managing companies, or will you also be raising money from Brazilian institutions?

My role is to get deals done. We focus on middle-sized companies, an area where 3i has significant expertise. What we’re trying to do in Brazil is invest in minority or control situations in high-quality companies. We invest between $30 million and $100 million per transaction. We just concluded our first transaction in Dec. 2011, which was a minority stake of $55 million in a cable TV and broadband company called Blue Interactive. Our plan is to make about two deals per year of that size, so we could be deploying between $50 million and $150 million a year in Brazil.

3.     Let’s discuss the private equity environment in Brazil. What part of the Brazilian market interests you the most?

Brazil is a growth story right now, so most of the companies we look at are growing at double-digit rates. Besides focusing on smaller companies, when you look at what’s going on in Brazil economically and demographically, we see consumer and business services to be very attractive areas. One reason we like these areas is that there is a lot of consolidation. Brazil today is a lot like the U.S. was many decades ago. The value play here is to buy companies that can take advantage of these consolidation trends.

4.     Is the main reason behind this consolidation the rise of Brazil’s middle class?

Yes, that’s one factor, but there is another phenomenon. Tax evasion in Brazil is declining significantly. It was a lot higher 20 years ago. This trend (of less tax evasion) winds up benefitting mid-sized companies because they used to be at a disadvantage when compared to smaller firms. But because the smaller guys no longer can evade taxes like they used to, they are becoming less competitive, and that’s helping mid-sized companies grow and gain market share.

5.     Deals in Brazil are currently done with very little leverage. Do you see that changing?

It will, eventually. It’s mainly a factor of the cost of capital. Right now in Brazil, if you use leverage, you’re going to pay the equivalent of 12 to 13 percent in interest, so it’s very expensive. And the loans that are available are for just the medium term, say from 3 to 5 years. So, it’s tough to leverage acquisitions significantly. As interest rates come down—and there is a secular trend of interest rates coming down—we’ll see people leveraging companies a little more.