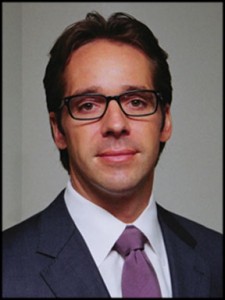 1: AlpInvest announced some news on its sizeable secondary program, with more than $4.2 billion. What’s the reason behind this stronger interest in a category? Weren’t secondaries sort of out of favor a few years back?

A: Our current secondary program is $4.2 billion, consisting of a number of separately managed accounts contributed as well as a commingled fund. This was the first commingled vehicle we have raised and it closed at its hard cap. Secondaries have maintained consistent interest from investors as the market has matured and there has been acceptance that it is not an opportunistic, event driven market as once believed. We have been consistent investors in the asset class over the past dozen or so years and have only seen the secondary market grow.

2: Could you give a bit more color on the big chunk of separately managed accounts in the program?

A: We have a long history of managing capital for our investors within separate account structures, starting with our original sponsors, APG and PGGM. In our secondary program, the separately managed account capital comes from both of these investors, as well as a number of sizable investors new to the AlpInvest platform. In addition, we brought in 18 new LPs to the platform through the commingled product which is the first of its kind for us. We’re pleased with that and a number of marquee investors including public and private pensions and family offices from around the world.

3: Could you talk about how you played a role in spawning new private equity firms?

A: Certainly. While we also make primary commitments to first time managers or managers spinning out from existing firms, we have had great success lifting existing teams including their assets from a captive, one LP set-up like a financial institution, a corporate, etc. … We work with and alongside the teams to structure a transaction that works for both them and the seller, including creating alignment, setting up all the appropriate controls and providing the teams with fresh capital to continue to execute on their strategy. We have done at least a dozen transactions like this over the years. Amongst others, we helped the Wachovia PE team spin out in 2007, exactly through one of these structures. In a syndicate with a handful of other investors we bought the existing portfolio from Wachovia and worked with the management team to set up what is now called Pamlico Capital. Over the following five years Pamlico successfully invested their new fund and just closed on their most recent fund at $650 million, at its increased hard cap.

A: We’re Carlyle’s secondary arm now, among other things. Alternative asset managers clearly are diversifying and getting into other segments of the alternative markets, including into secondaries and fund of funds. Grosvenor’s recent announcement that it was purchasing the CS Custom Funds Group is another example. Generally these are complementary businesses with numerous cross-selling opportunities. The combinations also provide incremental diversification of assets and related economics.

5: Why are secondary funds doing well in the fundraising market? You raised nearly $5 billion, Neuberger Berman raised $2 billion for the final close of its third global private equity secondary fund.

A: Secondaries are an increasingly important component of the portfolio for investors. For new entrants to the asset class they shorten the time to get to targeted exposures, for existing investors they provide meaningful J-curve mitigation and can influence their liquidity profile. We continue to see lots of interest in the asset class.