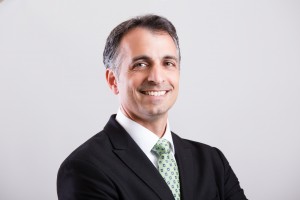 Bring us up to date on your work at StepStone since you joined the firm as a partner in 2014 after working as managing director at ILPA?

I have been extremely busy helping LPs find the right managers to invest in. It is a very tight fundraising market right now and there are a lot of good managers out in the market. My background is helping clients build world class private equity portfolios. I’ve been helping them execute on their portfolio construction plans. It’s been a lot of fun. StepStone is an incredible organization. It’s like a California culture in a New York location. It’s got the right balance of culture, but very focused on execution.

Do LPs remain interested in co-investments despite some studies questioning whether they perform better than funds?

One of the first things I did at StepStone was work on a co-investment analysis. A study we conducted of data from 400 co-investment transactions completed by 97 general partners found that 63 percent of co-investments outperformed their parent funds in net TVPI. On average, co-investments also had lower risk profiles.There’s no difference between outperformance in private equity funds or co-investments. It’s all about investment selection. The co-investments tend to perform on par with the funds that they’re part of. Good managers tend to have good co-investments.

Summit Park, a small GP based in North Carolina, recently closed a $119 million fund, but with co-investments from LPs in the fund, it’ll actually invest up to $200 million or more. Are co-investments in the middle market an emerging trend?

It’s been around for a while. The majority of the deals we see are in the small and middle-market space. The large deals get the headlines, but the volume of potential co-investments is commensurate with the opportunity set. The middle market is huge. It’s a great opportunity and that’s where we focus.

Are LPs bullish about energy investments given the drop in oil prices and the disruption there?

The first half of 2015 was a banner fundraising period for energy managers targeting the dislocation in the market. A lot of money was raised. It’s still waiting to be deployed. I think most LPs have already made that allocation to the energy space and they’re waiting for that to play out. As for dry powder, this happens in any dislocation. When Europe started stumbling, a ton of money was raised for distressed investments there. Energy is the same.

Any thoughts on your previous employer, the Institutional Limited Partners Association, and its main concerns nowadays?

I will always carry the flag for the ILPA. I believe in their initiatives. It’s become harder for LPs in this tight fundraising market. It’s very difficult for LPs to promote or demand all of the ILPA principals from hot funds. Transparency, disclosure, and alignment of interest are as important now as ever. The Securities and Exchange Commission has helped carry the flag for the ILPA as well. When you think about it, the ILPA and the SEC have different but overlapping objectives. ILPA members are looking for good managers and the SEC is looking for bad ones. To look for a good actor, you want to avoid the bad ones.