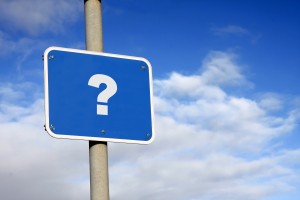 1. Your firm is just 18 months old, but it’s gotten off to a pretty strong start, having gathered more than $2.5 billion in funding for its debt and equity commitments. Why did you start the firm?

We launched the firm in the spring of 2010 and, as you said, ramped up pretty quickly. The firm extends a legacy that was established at Heller Financial in the 1990s, where a lot of us at NXT got our start in the middle-market lending space. That legacy continued at Merrill Lynch Capital, which I started with a group from Heller and which grew to almost $15 billion in assets before it was sold to GE Capital in 2008, when Merrill had problems at the beginning of the credit crisis.

2. How did you make the case to investors that investing in NXT would be at least as good as a typical private equity investment?

It’s a different way of putting equity investment dollars to work. For our institutional investors, it was an opportunity to invest with a proven team and a proven platform that over time will build significant enterprise value to be monetized through an IPO or a sale down the road. It’s really a value creation play. They see an opportunity to invest in a company that’s going to grow substantially and carve out a nice position in the marketplace. Eventually, that investment will be rewarded through the sale of NXT or an IPO. Ultimately, the returns that our LPs will get through their equity investment in us are likely to compare very favorably with those that they could get from a private equity fund investment. Specifically, we think we can achieve an IRR in the low 20s. Again, that will be realized over time.

3. Is it fair to say that returns from middle-market lending are high now because banks are more conservative than they usually are when it comes to lending to mid-sized firms?

There are a number of variables, but that’s one. Although banks have been more conservative over the past three or four years, historically, they have not been that aggressive when it comes to financing leveraged transactions. But there are other, more fundamental aspects that also influence such lending, such as the situation in Europe and the lack of capital flows to CLOs or debt funds. All of these things have reduced the funding that’s available to middle-market companies. We fill a need that has been underserved for quite some time. But the opportunity is not just due to greater conservatism on the part of banks.

4. So, if a bad economy creates good opportunities for lenders like NXT, won’t a strong economy diminish opportunities for a firm like yours, since mid-market companies will presumably have more options for getting the funding they need?

Potentially, you will have more competition, but in a stronger economy, you also have greater demand, so I think those two things offset to a significant degree. More importantly, a lot of banks just don’t have the infrastructure or people to do this kind of lending well. It takes them quite some time to react to changing conditions. And since the downturn, we’ve seen a slower recovery of middle-market lending than we’ve seen in previous cycles, principally because banks are more constrained than ever before from a capital standpoint and a regulatory standpoint. I don’t see the competitive dynamics changing materially for a lender like NXT any time soon.

5. What are you most proud of as far as getting NXT off the ground?

We’re proud of the speed we have captured a position in the marketplace. I think NXT Capital today is a fairly well-known quantity, despite is young age. We’ve done a number of transactions, some fairly high profile. But we are an increasingly recognized name in middle market lending. It’s a testament to the quality of the team here.