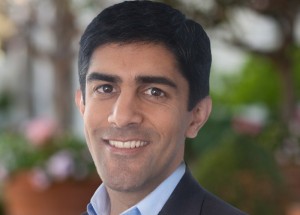 In early 2015 we’ve already seen pricing and leverage begin to move in favor of lenders, particularly (when it comes to) borrowers in the $20 million to $50 million EBITDA range. That’s still low within historic norms, but there just doesn’t seem to be much of a risk premium being placed on the lower mid-market credits, making that a less attractive place to play in our view.

I think there’s generally a lag at the end of the lower middle market. We’re seeing disruption particularly driven by the recent, additional and accelerating pace of regulatory scrutiny of leveraged lending at the banks … which should result in a reduction in leverage levels and a general shift in lending to non-bank credit asset managers.

2. How has regulation gotten more intense for lenders?

You’ve heard about it for more than a year now – the increasing regulatory scrutiny being placed on banks – but just in the last few months you’re seeing a noticeable change in behavior from the arranger banks, which has led to larger middle-market sponsor clients looking for solutions. You’re now seeing for a $35 million EBITDA company, which otherwise would have gone to a Jefferies, (Credit Suisse)-type arranger bank situation, it’s more often you’re seeing sponsors try to club that together between the different unitranche/one stop lenders.

3. What are you seeing with terms that you weren’t seeing a year or six months ago?

You’re now seeing a cap on total leverage. It seemed to be moving up throughout 2013 and most of 2014. Then, toward the end of the December quarter and into 2015, you’ve seen leverage begin to tap out around that 6x range on a total basis. And you’re clearly seeing pricing widen out at the senior tranche, but more specifically we’re starting to see the second-lien market begin to crack, with a widening of pricing bringing it closer to mezz-type yields.

4. Any sectors that are particularly attractive this year?

We are seeing activity in our healthcare and tech verticals, both areas where we have strong institutional knowledge and a track record. Given the specialized nature of being able to comprehensively underwrite these opportunities, we’ve continued to add talent and resources to these areas over time.

Just like many of our most successful sponsor clients, we believe there’s value in having our investment professionals – especially VPs and above – develop networks and expertise in specific industry vertical.

5. Fifth Street syndicated more than $1.8 billion of deals in 2014. Why was last year particularly active?

We broadened our product offering capabilities to serve our sponsor clients. While we’re probably still best known for our buy-and-hold one-stops, we now have the capability to underwrite large senior and senior stretch facilities as well. We’ve been able to do this by raising new senior funding vehicles, so expanding our syndication capabilities.

This interview has been edited for clarity.

(Correction: A previous version of this story misspelled Jefferies.)