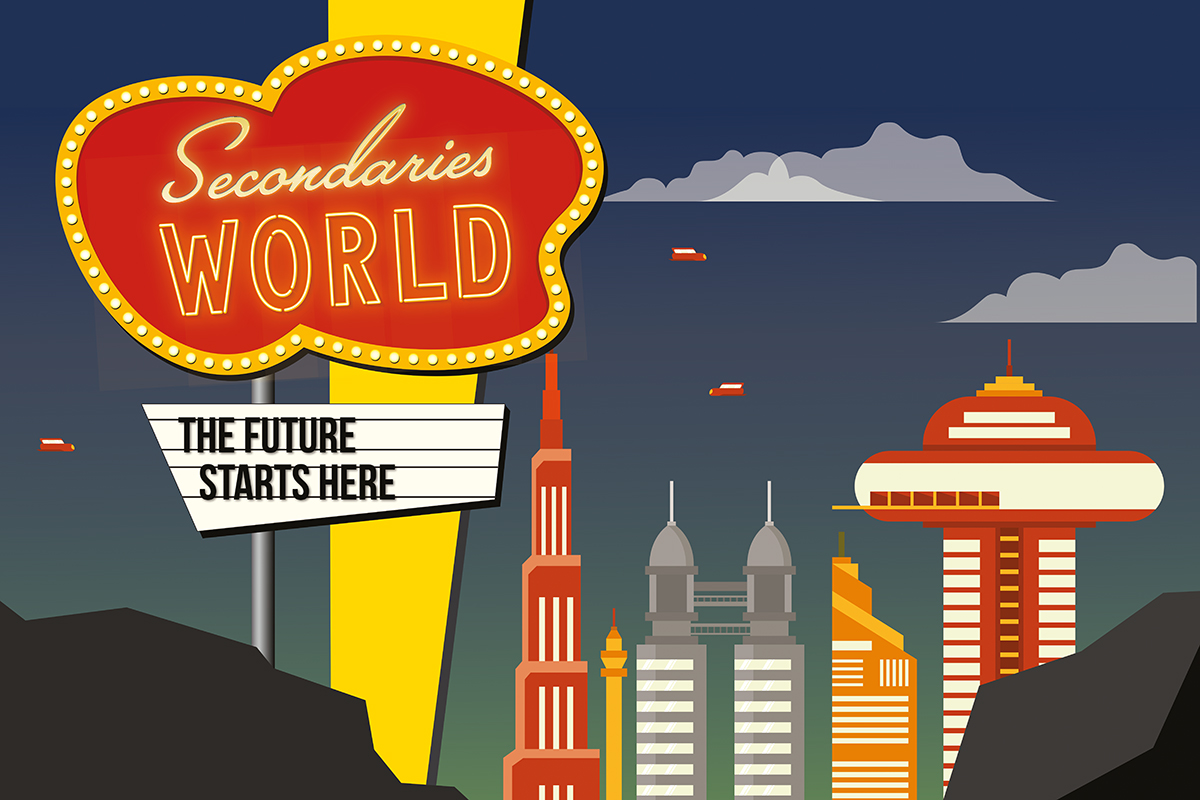 Despite a nearly 30 percent decrease in secondaries deal volume year-on-year in 2020, the $60 billion in volume was nothing to scoff at, as it represented the third-biggest year since the market’s inception, according to PJT Park Hill’s Darren Schluter and David Perdue. This is just one way the market has proven its resilience.

“There is a shared view among industry insiders that 2020 activity accelerated the evolution of the market by five years in just six months,” they say. “These six months cemented the fact that the secondaries market represents a critical portfolio management tool for both LP and GP investors.”

Of course, there was an obvious lull that lasted from the end of the first quarter until well into the third last year. But the market came roaring back, albeit with a drastically-altered composition, in the wake of the pandemic. “Total secondaries volume fell significantly in 2020 from almost $90 billion in 2019 to around $60 billion last year,” says Proskauer partner Mike Suppappola. “The market essentially dried up in late Q1 last year and didn’t really come back until Q3, and at that point a wave of high-profile GP-led processes flooded the market, while the traditional large LP portfolio deals stayed quiet.”

The flood of GP-leds represents a sea change for the market, even if many participants believe diversified LP portfolios will return to pre-pandemic levels as soon as this year.
“While GP-led deals are expected to remain a meaningful part of overall market volume going forward, LP portfolios will continue to be the base upon which secondaries buyers construct balanced, diversified secondaries funds. Given the dynamics surrounding the LP market, 2021 is shaping up to be an attractive time for LP portfolio sales,” say Evercore’s Nigel Dawn, Amy Heinemann and Richard Cutshall.

The secondaries market seems to be in a constant state of evolution. One example of a new structural evolution that is turning heads is Clear Lake Capital’s use of a series of single-asset continuation funds. Already, Clear Lake has transferred three assets into this fund series, dubbed the Icon series as an indication of how it feels about the assets it is housing in these bespoke vehicles.

There are also a slate of other innovative solutions available to secondaries investors. Northleaf’s Matthieu Ducharme says that with all of the options out there – tender offers, continuation funds and preferred equity, to name a few – it’s important to choose the appropriate tailored structure and the right partners to ensure a successful process. “These are sophisticated solutions with a number of parameters to consider,” he says.

In the world of GP-leds, W Capital Partners’ David Wachter says the key advantages of new market evolutions for the GP “are realized returns, expanded liquidity options and the ability, in certain situations, to hold great assets beyond the fixed life of the fund. But it’s important to note that we’re not only talking about GP-led continuation vehicles which are generating so much excitement right now. Direct stock sales and minority recaps are also prominent secondaries tools.”

Campbell Lutyens’ Gerald Cooper says one area to watch for innovation in the near term is credit secondaries. “The private credit market has been slower to embrace secondaries than we might have anticipated given how much primary capital has gone into that space, but I do think it is inevitable that we will start to see more secondaries programs focused on this investment strategy. We are already witnessing a material uptick in demand for private credit in some of the transactions that we are executing in 2021 versus years past.”

The market is attracting a rising tide of household names

The secondaries market is seeing “an influx of new participants… hoping to capitalize on positive market dynamics,” according to PJT Park Hill’s Darren Schluter and David Perdue. This is true on both the buyside and the sellside.

The addition of all of these new entrants means that secondaries market participants are going to need to drill down on their fundamentals and grow strategically into the size and shape of the new secondaries market. Schluter and Perdue emphasize the importance of expanding professional skillsets and geographic/strategic expertise, embracing data and tech, and leveraging insights from other financial markets.

Even in the midst of a global pandemic, 2020 was the first year during which all fundraisers reported meeting or exceeding their individual fundraising goals, at least since affiliate title Private Equity International began tracking this metric in 2008. For US-based managers, 2020 was a banner year as 21 funds tracked by the PEI database reached final close, bringing more than $40 billion to the space. That is four more funds than closed in 2019, and nearly $25 billion more commitments gathered year-on-year.

After posting the third-largest deal volume numbers since the secondaries market was born, despite the pandemic, market participants believe 2021 will be packed with activity given pent-up demand for LP portfolio transactions and a growing thirst for GP-led solutions.

Specialization is the new watchword

Another sure sign of evolution is the migration toward more nuanced strategies. Especially in the lower and mid-market, managers and their advisors are becoming increasingly keen to specialize. Hollyport Capital’s John Carter says that, in general “there is healthy competition for the vast majority of assets traded on the secondaries market, and this has forced buyers to be more focused and selective in the assets that they seek to acquire.”

PJT Park Hill’s Schluter and Perdue see this as something market participants should embrace sooner rather than later. “Continued growth in strategy-specific fundraising within the greater primary market represents a valuable opportunity for secondaries market participants.”

Pomona Capital’s Michael Granoff says that “today, the market has expanded significantly and the competitors are bigger. The nature of the competition has changed as well – the market has become more developed and differentiated.

“Investors find secondaries attractive because they are looking to invest with a margin of safety – they want to reduce risk and not have to trade risk against return,” he adds. “We have to provide a differentiated solution to investors. This means delivering performance across returns, liquidity and risk.”