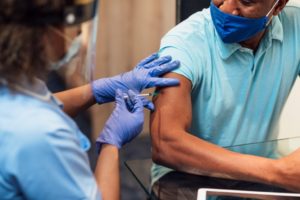 After one of its portfolio companies struck gold on a coronavirus vaccine, Flagship Pioneering has re-opened its seventh fund and is consolidating its venture and growth strategies under a single mandate.

The firm is now targeting $3 billion for the new, expanded strategy, about three times the amount of the original fund, according to documents from Massachusetts Pension Reserves Investment Management Board.

Fund VII had raised $1.1 billion when it closed in April 2020. It was initially planned to be the latest fund in the firm’s seed and early-stage venture fund series.

In addition to this fund series, Flagship also started a separate growth strategy, the Flagship Special Opportunities fund series. It has raised two funds in this series.

Now, instead of raising a third, it is adding that strategy to Fund VII’s mandate and re-opening the fund. That means this fund will now cover “the full lifecycle—creation, development and growth—of Flagship’s portfolio companies,” according to MassPRIM staff.

MassPRIM investment analyst Sarah Zatoonian told the pension’s board Wednesday that the benefits of combining the two fund series include “increased flexibility, less frequent fundraising, and elimination of potential conflicts of interest between the two funds.”

After committing $25 million to Fund VII last year, MassPRIM has committed an additional $30 million to the fund to support its expanded mandate, bringing the pension’s total investment to $55 million. It has committed $205 million to Flagship’s funds since 2004.

Flagship’s most prominent portfolio company is Moderna, which developed one of the most successful vaccines for the covid-19 virus based on messenger RNA technology. Flagship founder and chief executive officer Noubar Afeyan is also co-founder and chairman of Moderna, and the company started out in Flagship’s labs. The firm is based in Cambridge, Massachusetts.

Zatoonian told the board Wednesday that Flagship Pioneering’s Fund IV, the fund that contains Moderna, is one of the best-performing private equity funds in MassPRIM’s history.

MassPRIM executive director and chief investment officer Michael Trotsky said the fund’s early investments in the firm gave it a leg up, which allowed it to secure the $55 million aggregate commitment, but the fund was a “hot commodity” after the success of Moderna’s vaccine.

Action Item: read the materials for MassPRIM’s May 26 board meeting here.